Must See Videos: Which One Of These Slogans Will Help Propel President Trump To Another Victory In 2024? 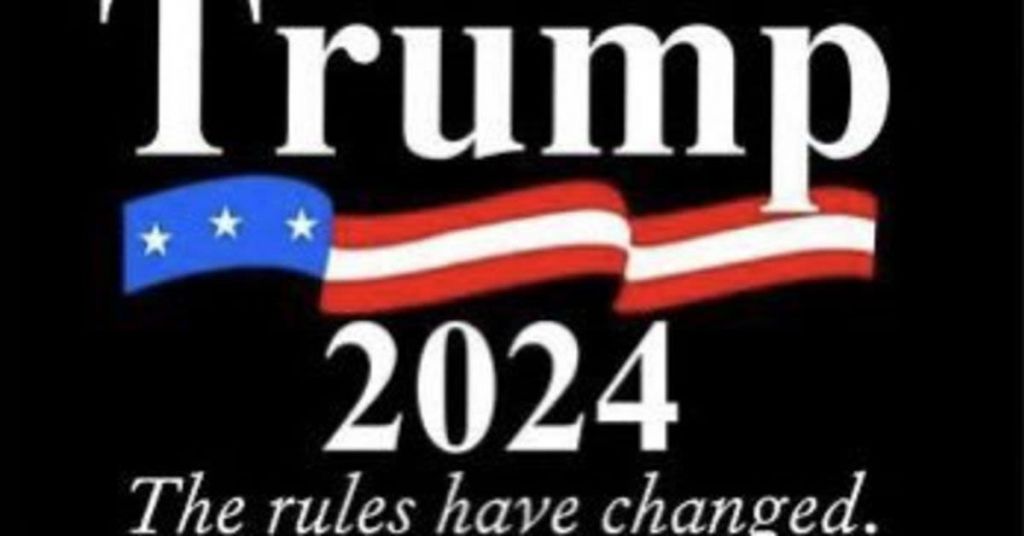 Former President Donald Trump has finally implied some of the slogans he might use in a 2024 bid, turning from adjudicating the 2020 election to addressing over 15 key areas in which he declared President Joe Biden has fumbled, turning the United States into “a joke.”

Issued only hours after his Mar-a-Lago winter camp was raided by the FBI, apparently in pursuit of missing documents, the former president listed 18 issues he announced have turned sour under Biden that he would fix in a second term.

Taken from rallies and shown partly in black and white for impact, Trump opened with “We are a nation in decline” and ended with “It is time to start talking about greatness for our country again.”

The almost four-minute online post had the feel of Trump’s 2015 address to followers after riding down a golden staircase in his Trump Tower, a scene Politico dubbed “The Escalator Ride That Changed America.”

Missing was a mention of claimed fraud in the 2020 election, an issue aides have been pressing him to shelve and rather focus on bread-and-butter matters that won him the 2016 election over heavily favored Hillary Clinton.

In the video, Trump hit on the sinking economy, the gas crisis, Biden’s abandonment of Afghanistan, and his favorite target, “fake news.”

He further announced the Justice Department has been “weaponized” against him, a charge leveled by several top Republicans after last night’s FBI raid.

“We are a nation that in many ways has become a joke,” stated Trump, who ran on a campaign theme in 2016 of "Make America Great Again," followed up by a 2020 theme of "Keep America Great." Lately, he has been touting a "Save America" theme.

Trump is expected to declare his choice regarding running in 2024 after the midterm congressional elections. However, some insiders have speculated he might declare earlier to fight the many court cases he is facing.