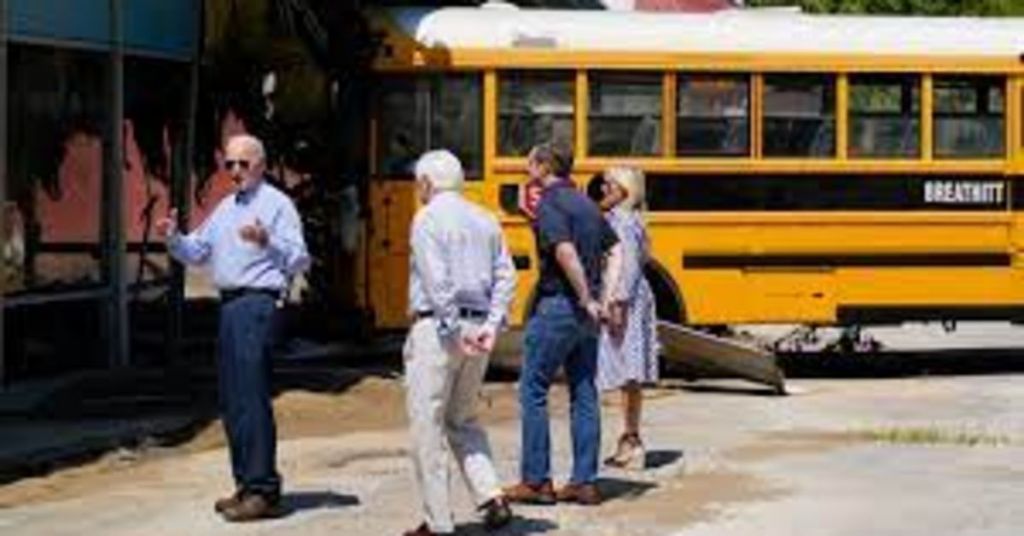 President Biden appeared unfamiliar Monday with the specifics of the massive spending bill called the Inflation Reduction Act that Senate Democrats passed Sunday, stating it funds healthcare “and God knows what else.”

“We’ve never done this before, but because of a number of things we got done on a bipartisan basis — like a billion, 200 million-dollar infrastructure project — like what we’re doing today, we passed yesterday, helping take care of everything from health care to God knows what else,” Biden announced.

“What we’re going to do is — we’re going to see, for example, they got to put a new water line in in the community,” the president continued, speaking without a prepared script.

“There’s no reason why they can’t at the same time be digging a line that puts in a whole new modern line for Internet connections. Why? Why can’t we do that? So it’s going to be different. We’re going to come back better than before.”

Biden spoke for just roughly four minutes while standing in front of a condemned mobile home on his first official trip since recovering from a “rebound” case of COVID-19.

At one point in his comments, Biden proposed it may become possible to control the weather, before jokingly telling his audience, which included Democratic Gov. Andy Beshear and Rep. Hal Rogers (R-Ky.), that it was time to “run laps.”

Biden’s comments regarding the Senate-passed package were flagged by conservatives, who announced Biden had underscored their argument that the bill isn’t about lowering inflation, which increased to an annual rate of 9.1% in June.

Rep. Claudia Tenney (R-NY) wrote, “’God knows what else’ means whatever the far left wanted in the Bill and all the extra pork [Democratic Sens. Joe] Manchin [of West Virginia] and [Kyrsten] Sinema [of Arizona] needed to get to Yes.”

A number of social media users further wrote that they thought the 79-year-old president’s imprecise description was a reflection of cognitive decline.