What Was Found In Trump's Safe Probably Surprised The FBI 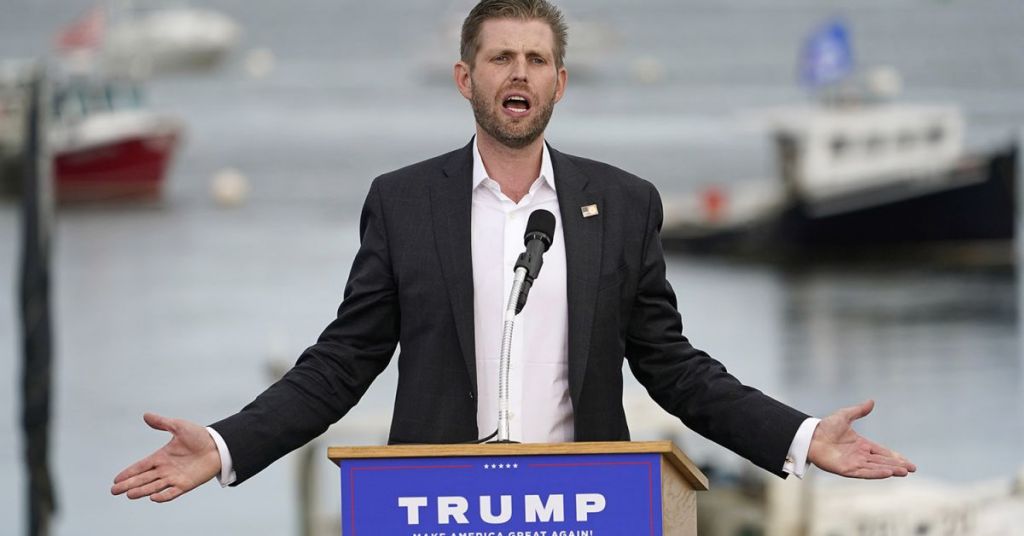 Eric Trump said his father, Donald Trump, had nothing in a safe that the FBI looked into as part of a search of the former president's Mar-a-Largo resort on Monday.

The second son of the 45th President said he was with his father in New York City when they discovered about the search, and he suggested that it was related to records that Donald Trump took back with him to his resort in Florida after leaving office.

"Today, to have 30 FBI agents, actually more than that, descend on Mar-a-Largo, give absolutely no notice, go through the gate, start ransacking an office, ransacking a closet, you know — they broke into a safe. He didn't even have anything in the safe," Eric Trump told Fox News.

Donald Trump said in a statement earlier Monday that his Florida home was "under siege" by the FBI and claimed agents "broke into [his] safe."

Eric Trump, who is an executive Vice President at the Trump Organization, said his father "saves" and keeps extensive records of things such as press clippings, pictures, notes from his children, letters from his ex-wife, and more.

"The purpose of the raid, from what they said, was because the National Archives wanted to cooperate, whether or not Donald Trump had any documents in his possession," Eric Trump said. "My father has worked so collaboratively with them for months. In fact, the lawyer that's been working on this was totally shocked. He goes, 'I have such [an] amazing relationship with these people.' And all of a sudden, no notice, they send, you know, 20 cars and 30 agents. ... I mean, this is just more political persecution of Donald J. Trump."

Records kept at Donald Trump's resort were compiled by the National Archives in January after the agency had identified documents removed from the White House. The agency said its officials had received 15 boxes of records from Mar-a-Lago, including materials marked as classified national security information, that were not given to the National Archives, as is required by the Presidential Records Act.

The Justice Department and the FBI refused to comment on the search. The FBI informed Secret Service that a warrant would be implemented, and Secret Service agents encouraged access to the resort but did not take part in the search itself, per NBC News. A senior White House official told CBS News that the president's team had no previous knowledge of the raid, with some West Wing staff learning of it on social media.

The raid endured from approximately 9 a.m. to 6:30 p.m., and three lawyers representing Donald Trump showed up as the search was conducted, people familiar with the search told NewsNation.

Throughout the raid, FBI agents wearing street clothes grabbed documents and boxes and broke open a hotel-style safe located in Donald Trump's office. Agents were only authorized to remove items from the property related to the search, per the report.