Must See: MTG Slammed For Comments About Jan 6th 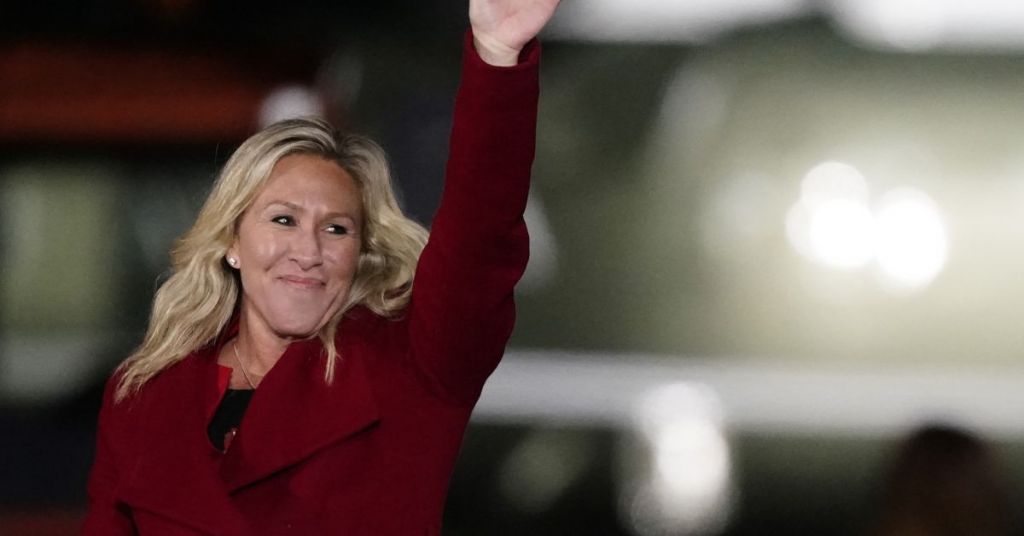 Rep. Marjorie Taylor Greene (R-GA) said she believes the radical right which charged the U.S. Capitol building on Jan. 6, 2021, was part of the far-left Antifa movement — not supporters of former President Donald Trump.

Greene said Saturday she is still convinced that the riot, which she had not expected, was conducted by antifa instead of Trump supporters, despite confirmation in court cases that some rioters were part of far-right groups such as QAnon, the Proud Boys, and the Oath Keepers.

"I was very upset. I never expected anything like that. And when it happened, I thought, 'This is Antifa.' And no one can convince me it was so-called Trump supporters," Greene said on MyPillow CEO Mike Lindell's program Lindell TV, according to Newsweek. "And we know there's a lot wrong there, and I can't wait for the investigations, real investigations."

While some conservative lawmakers indicated that the attack was led by antifa activists hours after the attack, no proof has emerged to back the claims.

Greene also shared her concern over the treatment of over 800 rioters who have since been detained.

While some popular people accused of engaging in the riot — including Jacob Chansley, often called the "QAnon Shaman" — were condemned to prison time, other rioters were only slapped with fines, community service, and probation for less serious crimes.

The interview streamed during the Conservative Political Action Conference in Texas last weekend, which featured speeches from both Greene and Lindell. Greene also caught the attention of attendees after getting into a fake jail cell with internet personality Brandon Straka.

Greene has backed claims that the 2020 election was stolen from Trump despite officials' assurances that vote counts were secure. She also supported a host of conspiracy theories, some of which she has since denounced.

A week after the violence of January 6, House Minority Leader Kevin McCarthy, a California Republican, urged GOP lawmakers and fellow conservatives to stop claiming or suggesting Antifa was behind the attack. "Some say the riots were caused by Antifa," he said in a House floor speech. "There is absolutely no evidence of that, and conservatives should be the first to say so."

"The president bears responsibility for [last week's] attack on Congress by mob rioters," the top House Republican stated at the time. "He should have immediately denounced the mob when he saw what was unfolding. These facts require immediate action by President Trump, accept his share of responsibility, quell the brewing unrest and ensure that President-elect [Joe Biden] is able to successfully begin his term."