Must See: CNN Admits Hunter Biden Is An Issue 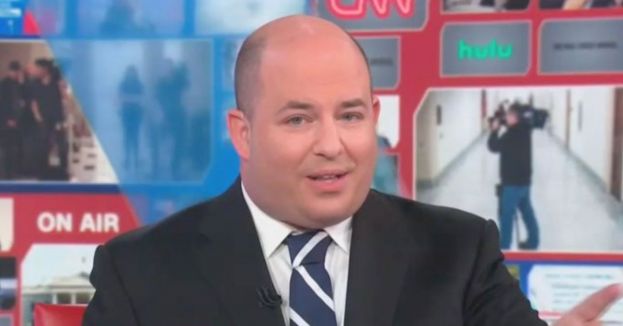 Stelter announced, “Maureen Dowd’s column in this morning’s New York Times basically says that Joe Biden should not run for re-election. This has been a narrative for months, and it is getting louder and louder, including from some Democratic lawmakers saying Biden should basically hang it up and say he is a lame duck and not run in 2024. So where do you come down on this as a former White House aide?”

Former press secretary for First Lady Jill Biden, Michael LaRosa, stated, “I hope he runs. I know he’s going to run. He’s planning to run, as he said many times.”

LaRosa announced, “I don’t see why he wouldn’t run. I haven’t heard a reason why.”

Stelter stated, “What about his son, what about Hunter? Hunter under federal investigation, charges could be coming at any time. This is not just a right-wing media story. This is a real problem for the Bidens. Could he decide not to run for re-election, given his son?”

LaRosa stated, “Look, they make decisions as a family, and they will make that decision when it’s time.”

Stelter questioned, “Do you think they’ve talked about it yet?”

LaRosa announced, “No. The president is doing his job, and he’s doing his work. He’s not focused on that. It’s 19 months! Why would he do that?”

Uncovered records reveal that Joe Biden met with no less than 14 of Hunter Biden's international business associates throughout his time as Vice President, according to Fox News, contradicting his allegations that it never took place.

A voicemail has further been leaked that contains the voice of Joe Biden apparently reassuring Hunter over a news story regarding the scandal.

The recording reveals Joe Biden stating, "Hey pal, it's Dad….I thought the article released online, it's going to be printed tomorrow in the Times, was good. I think you're clear."

More answers could come next year if the GOP wins control of Congress, as top Republicans promise to compel testimony from Hunter and Joe Biden's brother James regarding their overseas business deals, and further use the power of the purse to force the FBI to reform.