Berned By Inflation: Will Senator Sanders Become The New Joe Manchin & Back Republicans On This? 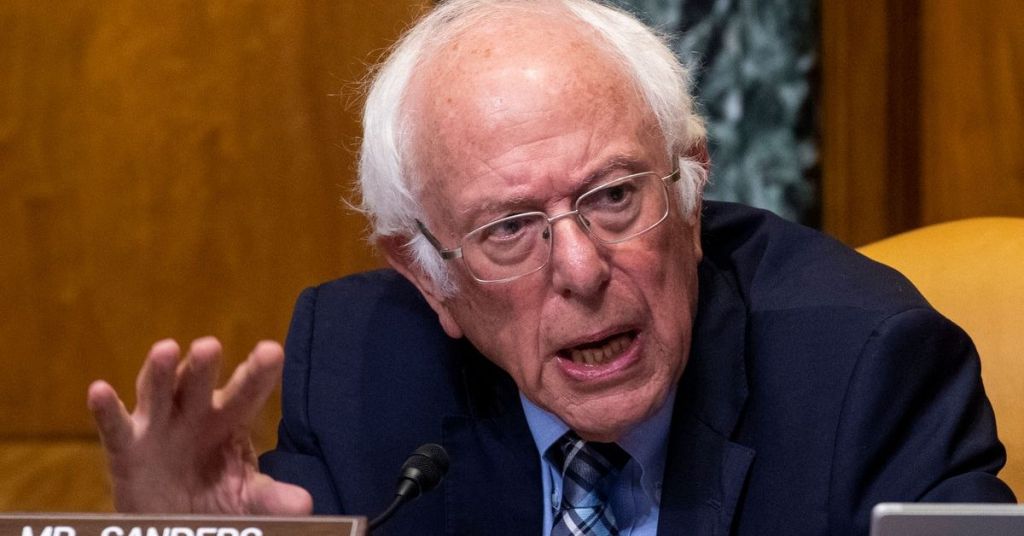 Saturday evening, Vice President Kamala Harris rushed to the Senate to cast the tie-breaking vote 51 – 50 to move the bill for debate before considering amendments. Despite voting in backing of promoting the climate change and government spending bill, Sanders immediately voiced his concerns regarding the legislation.

“I want to take a moment to say a few words about the so-called Inflation Reduction Act that we are debating this evening,” Sanders announced on Saturday. “I say so-called because according to the [Congressional Budget Office] and other economic organizations that have studied this bill, it will in fact have a minimal impact on inflation.”

In a letter sent reacting to Senator Lindsey Graham (R-SC), the nonpartisan Congressional Budget Office (CBO) reported that the bill would barely make a dent in increasing prices over the next year and half.

In reaction, Graham denounced the Democrats for their “tax and spend proposal.”

“Democratic statements regarding the proposal are quite frankly wrong and misleading,” Graham stated.

Graham further stressed that the Inflation Reduction Act — which costtaxpayers over $700 billion — benefits wealthy families with government subsidies while hurting the economy.

“Further, CBO indicates that the Obamacare subsidies can go to a family of four earning $304,000 a year. By any reasonable definition, this is people who are doing well and not in need of subsidies from the government,” he continued. “Also, CBO confirmed my suspicion that the way the 15 percent corporate minimum tax is constructed would hurt economic growth.”

The CBO further reported that the IRA’s “proposed new corporate minimum tax would reduce the incentive for those large corporations to invest, primarily by limiting the tax benefit of accelerated depreciation and by decreasing the after-tax return on their new investment.”

“So what have we learned today from CBO? The bill does not lower inflation, it hurts economic growth and the Obamacare subsidies are absurd,” Graham commented.

The CBO further reported that a key bill provision that bans pharmaceutical manufacturers from raising the prices of drugs higher than the inflation rate would actually increase the cost of new drugs.

“The Congressional Budget Office projects that the inflation-rebate and negotiation provisions would increase the launch prices for drugs that are not yet on the market relative to what such prices would be otherwise,” the CBO clarified.