Watch: Tulsi Gabbard Derailed Kamala's Presidential Hopes In 2020, She Is Doing It Again After Kamala Flubs This 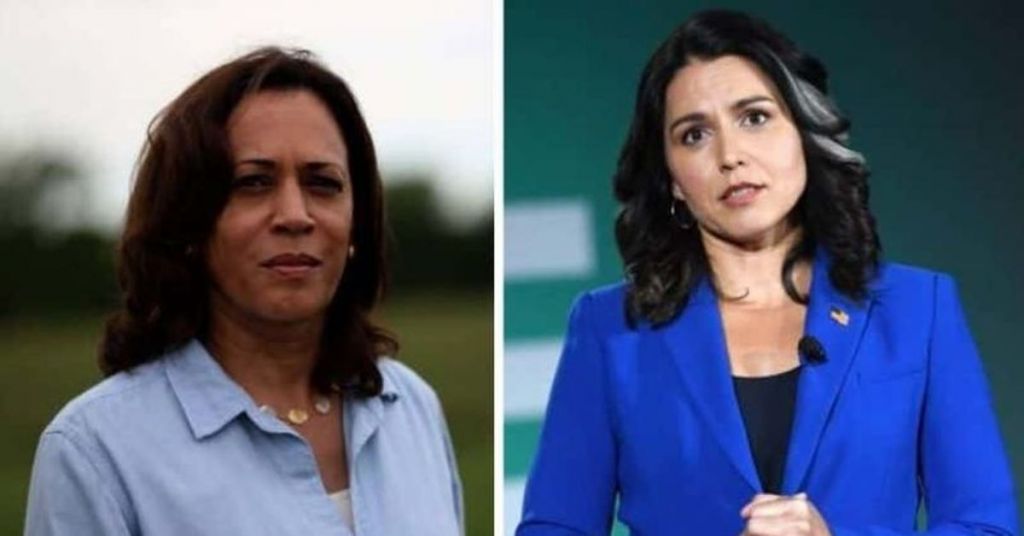 "Another note of hypocrisy coming from Kamala Harris and this administration is you mentioned during her illustrious record as attorney general in California…she kept prisoners in prison longer than their sentences to use them as free slave labor yet at the same time these very same people are condemning other countries for doing the same thing," Gabbard told Fox News host Will Cain.

Griner was condemned by a Russian court to 9 years in prison this week after being caught with a cannabis vape pen at an airport near Moscow earlier this year.

The sentence received widespread censure from U.S. officials, including Harris, who said she is working to secure Griner's release.

"With today’s sentencing, Russia continues its wrongful detention of Brittney Griner. She should be released immediately," Harris tweeted on Thursday. "@POTUS and I, and our entire Administration, are working daily to reunite Brittney and Paul Whelan with loved ones who miss each of them dearly."

Gabbard, who pointed out that she is also against Griner's verdict, said that the "thing that struck me" about the tweet from Harris is that her administration has not expressed the same sentiment for people accused of marijuana crimes domestically.

"Where is your outrage for your fellow Americans who are sitting in prison today here in the United States of America for minor marijuana violations," Gabbard said. "How come you are not fighting as hard for them to be returned home and reunited with their families as you are for Brittney Griner."

Gabbard added that she thinks Harris is sending the message that the wealthy and powerful in the United States will be treated differently than regular Americans regarding charged marijuana crimes.

"Unfortunately, like too many politicians, it seems that she puts her finger to the wind and decides the things she's supposed to be angry about on any given day, and if it becomes politically inconvenient or damaging, then she'll switch the other way," Gabbard said about Harris prosecuting marijuana offenders as California's attorney general.

Tesla CEO Elon Musk spoke about the imprisonment of Griner and expressed confusion at the White House's efforts to bring her back while drug users in the U.S. remain imprisoned.

Musk questioned the aggressive push by the White House to bargain Griner's release while marijuana remains federally illegal on an episode of the "Full Send" podcast this week.

"If the president is working so hard to free someone in prison in Russia for some weed, shouldn't we free people in America?" Musk asked on the show.