Must See: Nancy Pelosi Just Might Get America Into A War As She Continues To Poke The Panda 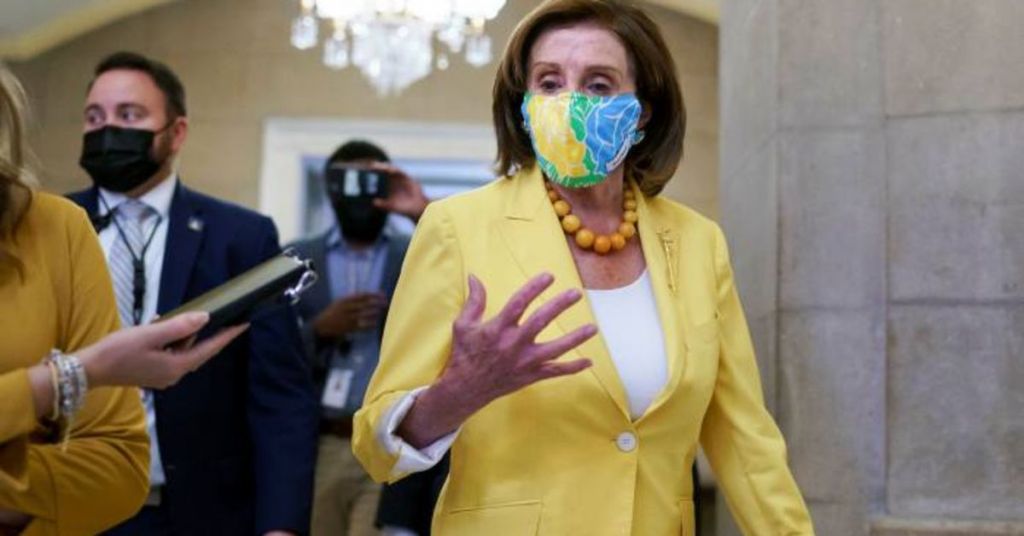 House Speaker Nancy Pelosi (D-CA) promised that the United States and its allies would not let China encircle Taiwan.

The top lawmaker delivered the statement in Tokyo on the last stop of her highly publicized East Asia trip, marked by a controversial visit to Taiwan. Pelosi condemned the Chinese government, which has levied threats over the visit and carried drills around the self-governing Democracy it claims for its own, saying Beijing would not be allowed to stop U.S. officials from visiting the island off the east coast of China nor isolate it.

"We will not allow them to isolate Taiwan," Pelosi defiantly declared on Friday night local time.

Pelosi's visit to Japan ends her tour of the region, during which she also toured Singapore, Malaysia, and South Korea. She made the trip with five other members of Congress.

Pelosi became the first speaker of the House to visit Taiwan in 25 years on Wednesday despite warnings from Beijing, drawing the ire of the communist government. China's People's Liberation Army has conducted extensive live-fire exercises around the island.

For the next four days, the island of Taiwan will be encircled by Chinese warships while Chinese fighter jets invade its airspace and missiles are fired into the sea.

According to the Chinese Defense Ministry, the “combat training exercises” will on the tactics that would be employed if China were enforcing a “joint blockade” of the island to prevent resupply in the event of war, including “sea target assault, strike on ground targets, airspace control operation, and the joint combat capabilities of the troops.”

Secretary of State Antony Blinken is in Phnom Penh, Cambodia, for the Association of Southeast Asian Nations, or ASEAN meetings. Blinken and the other foreign ministers there issued a statement calling for “maximum restraint,” a “refrain from provocative action,” and expressing support for the One China Policy.

“ASEAN is concerned with the international and regional volatility, especially in the recent development in the area adjacent with the ASEAN region, which could destabilize the region and eventually could lead to miscalculation, serious confrontation, open conflicts and unpredictable consequences among major powers,” the statement said.

A different statement from foreign ministers of the G-7 — the U.S., U.K., Canada, France, Germany, Italy, Japan, and the European Union — calls on “all parties to remain calm, exercise restraint, act with transparency, and maintain open lines of communication to prevent misunderstanding.”

“We are concerned by recent and announced threatening actions by the People’s Republic of China (PRC), particularly live-fire exercises and economic coercion, which risk unnecessary escalation,” the statement said. “There is no justification to use a visit as pretext for aggressive military activity in the Taiwan Strait. It is normal for legislators from our countries to travel internationally. The PRC’s escalatory response risks increasing tensions and destabilizing the region.”