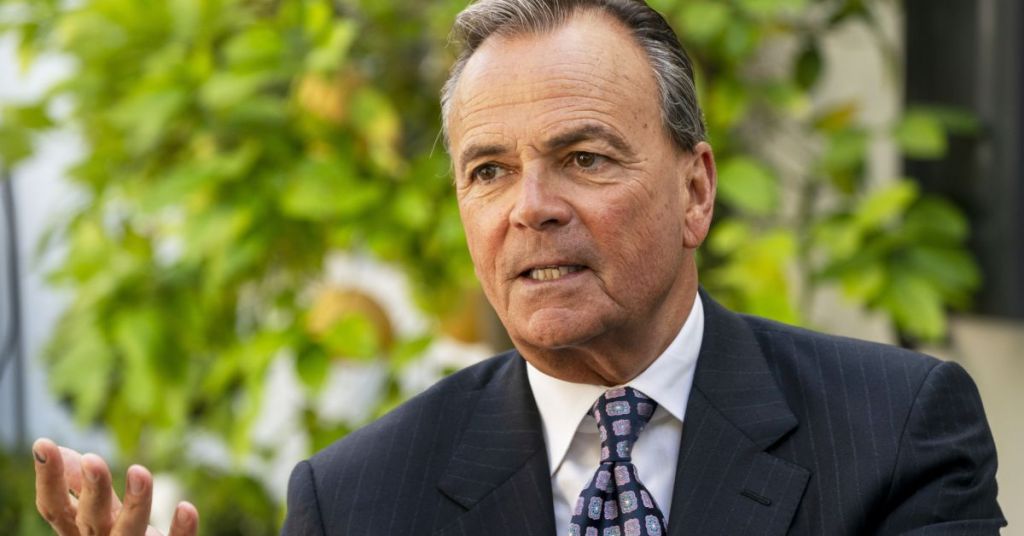 Billionaire LA Mayoral candidate Rick Caruso has brushed off his opponent Karen Bass's endorsement by President Biden and VP Kamala Harris, stating it does nothing to eradicate her "failing record" on tackling homelessness and safety in the city.

The formerly Republican Caruso, who made his fortune in real estate development, has been supported by celebrities, including Kim Kardashian and Gwyneth Paltrow.

He is running on a platform of cracking down on crime and disorder in the increasingly lawless city, and desires to bring an end to the famously left-wing leaders who he states are to blame for the current state of affairs.

Among them, he states, is Bass - who has served as the Democratic congresswoman for California's 37th District since 2011.

In a tweet on Tuesday night, after Biden and Harris endorsed her, he announced: "No endorsement will hide the fact that Karen Bass has a track record of failing to address LA’s homelessness, public safety, and corruption."

"These endorsements have absolutely nothing to do with what this campaign is really about."

"After 20 years of representation from Karen Bass, LA needs fresh leadership who can take our city in a positive direction and make it more livable."

"The same old from establishment politicians won't stop this city from sliding into an even more desperate situation," he stated.

They announced: "Karen Bass has our friendship, and she has earned our respect through her leadership in Congress on crime prevention strategies, effective and fair policing, and the welfare of children and families."

She embraced their praise, arguing in her own subsequent tweets that the pair had delivered for American cities "at an unprecedented level on infrastructure, the environment, economic recovery and so much more."

It was a more glowing review of than a few weeks ago, when she said in an interview with The Ankler that her relationship with Harris was only "fine."

Bass tried to pour cold water on speculation that she and Harris were "frenemies."

"My relationship with her is fine," she announced.

She continued that they had always been"pitted" against each other as black female politicians, and neither wanted that to be the case.

"During the... We call them Veepstakes. During the Veepstakes, there were several efforts to try to pit the two of us against each other."

"There was one article that came out and called me the anti-Kamala, and I tweeted immediately, 'Don't do that. I'm not anti-Kamala,' and we both said that we were not going to allow this to happen."