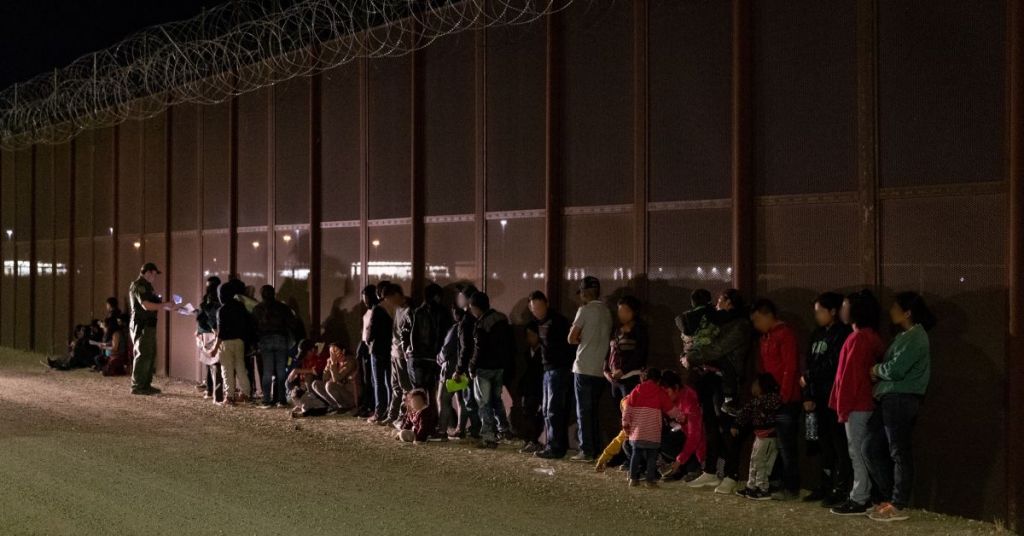 A plan by President Joe Biden’s Department of Homeland Security (DHS) to provide border crossers and illegal aliens with identification cards before their release into the United States will spur widespread welfare fraud, House Republicans warn.

As Breitbart News reported last month, the Biden administration is considering issuing the IDs to unlawful aliens once they arrive at the U.S.-Mexico border. The IDs would be a boon for illegal immigration, transforming the border into a mere checkpoint before their release into American communities.

DHS officials have supported the plan, arguing it will cut costs for the agency even as illegal immigration costs American taxpayers at least $143 billion yearly.

In a letter to DHS officials, Republicans on the House Oversight Committee caution that the program could lead to widespread welfare fraud where border crossers and illegal aliens utilize the IDs to access public benefits reserved for struggling Americans unlawfully.

“… the issuance of ID cards raises the possibility that illegal aliens will use these identification cards to improperly access benefits such as housing, healthcare, and transportation,” the Republicans write:

"The Administration is now reportedly planning yet another reckless policy to exacerbate this ongoing crisis further. [Emphasis added]"

"The ICE Secure Docket Card program raises several concerns. The program is intended to permit illegal aliens to check in with ICE virtually instead of physically reporting to an ICE office. Committee Republicans have heard from ICE officials that many aliens enrolled in Alternatives to Detention (ATD) programs fail to check in with ICE as required and disappear into our local communities. The ATD program’s failure to ensure illegal immigrants report to ICE is not a reason to issue them identification cards hoping the statistics improve, but instead an indication that more of these illegal border crossers should be detained during the pendency of removal proceedings.”

“Also, we are concerned that identification cards will include QR codes that link to court documents and personally identifiable information related to removal cases. This raises security concerns as well as questions regarding the likelihood that significant taxpayer resources will be diverted from immigration enforcement to uploading documents into and maintaining a secure system."

From February 2021 to May 2022, Biden has freed more than a million border crossers and illegal aliens into the U.S. interior. This is rough twice the population of Wyoming and larger than the population of Austin, Texas.

The Biden administration has yet to say how many border crossers and illegal aliens were freed into the U.S. interior from June through July.