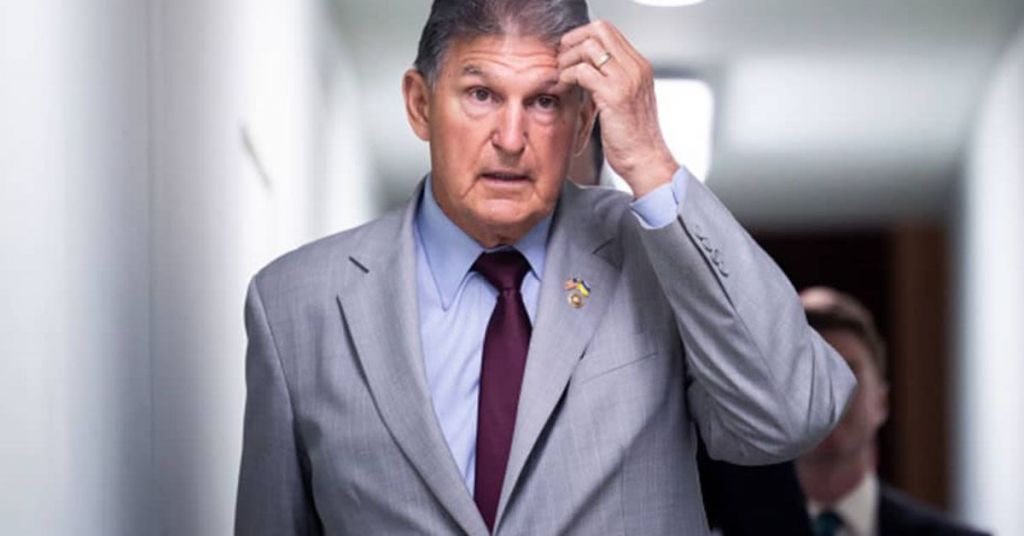 A group of West Virginia-based coal industry groups denounced Manchin for the deal he brokered last week, claiming that it could eliminate up to 381,000 blue-collar jobs.

"This legislation is so egregious, it leaves those of us that call Sen. Manchin a friend, shocked and disheartened," the group wrote, according to The Hill.

"The current Schumer-Manchin draft agreement on climate and energy frankly leaves us questioning the motivation and sincerity of Manchin's previous stance," they cautioned, mentioning previous examples where the West Virginia senator stood up for coal producers.

The groups argue the bill — which Democrats have dubbed the Inflation Reduction Act and plan to pass this weekend — will do “nothing for coal or coal generation” and won’t reduce inflation or lower household energy costs.

“By turbocharging the lofty incentives that already extend to renewable energy, our nation’s baseload (reliable) coal electric generation assets will continue to be devalued and thrust into rapid decline,” the groups cautioned.

The statement was signed by Chris Hamilton, the president of the West Virginia Coal Association, as well as the leaders of the Kentucky, Illinois, Indiana, Ohio, Pennsylvania, Texas and Wyoming mining associations.

The announcement, which sharply repudiates the congressional Democrat Inflation Reduction Act, was signed by the West Virginia Coal Association's president and industry leaders across the Midwest.

It's still up in the air if the Schumer-Manchin deal will pass the top chamber, with Sen. Kyrsten Sinema, D-Ariz., staying noncommittal on whether she will back the massive legislation.

On Monday, Bloomberg stressed that Sinema strutted past reporters asking her about the moderate senator's official position on the bill.

"Senator Sinema does not have a comment," announced Sinema spokeswoman Hannah Hurley. "She's reviewing the bill text and will need to see what comes out of the parliamentarian process."

Manchin, who has consistently denied that his deal will harm the U.S. fossil fuels industry, told reporters this week that he hopes to speak with Sinema soon about the bill’s contents.

"I've called and left a message for her," Manchin stated.

“I don’t think that’s the case at all,” he told reporters. “We have to have a vibrant fossil industry. We have a lot of pretty old coal plants.”

“Coal is going to be needed for the base load that we’re going to have,” he said, arguing that coal will continue to generate enough electricity to meet minimum domestic demand.