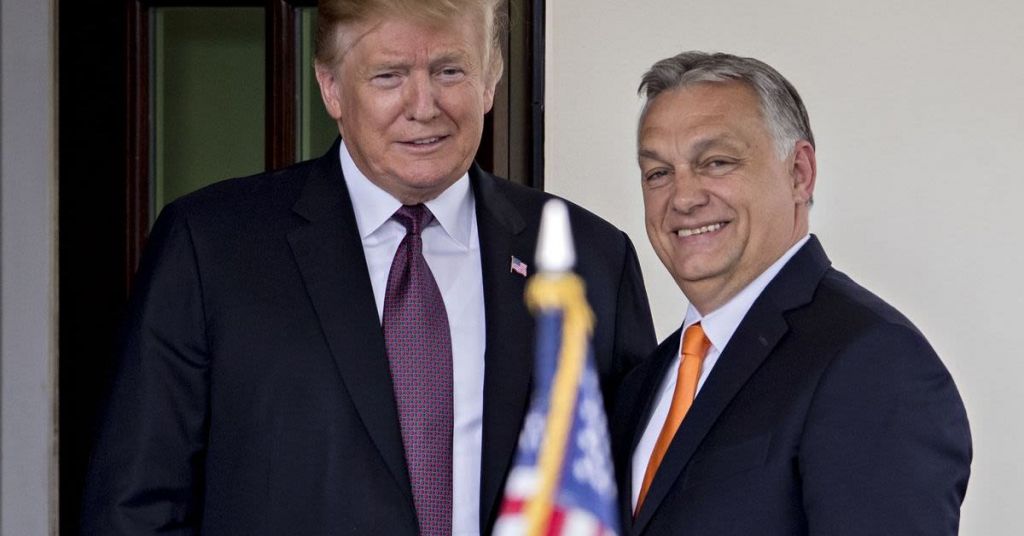 "Great spending time with my friend, Viktor Orban, the Prime Minister of Hungary. We discussed many interesting topics — few people know as much about what is going on in the world today. We were also celebrating his great electoral victory in April," Trump's Save America PAC announced in a statement regarding the visit.

Both Trump and Orban are supposed to speak at Texas CPAC, which will occur from Aug. 4-7. Trump endorsed Orban earlier this year ahead of a tight reelection bid. The prime minister managed to fend off stiff competition and retain power for the fourth consecutive term after an election in April.

Like Trump, the prime minister has made a name for himself with a hard-line stance on immigration and right-wing populism. Recently, throughout an address in Romania, he emphasized that Europeans should not "become peoples of mixed race," a comment that has drawn denunciation in Europe and the United States.

"I'm sure the Trump-Orban discussion of race mixing was congenial," Bill Kristol, an anti-Trump conservative, tweeted in reacting to Trump and Orban meeting. "By the way, with Orban speaking later this week at CPAC, I assume scores of American conservative leaders have condemned, or at least dissociated themselves from, Orban's race-mixing remarks?"

A spokesperson for Orban verified that the prime minister met with Trump at the New Jersey resort.

Hungarian politician Peter Szijjarto, who joined Orban’s entourage at Trump’s Bedminster resort, reminisced regarding Hungary’s relationship with the U.S. being at its peak throughout the Trump presidency.

"Hungarian-American political relations were at their peak when Donald Trump was the president of the United States. Hope our relationship will be in the same height," he wrote in a translated Facebook post.

Trump has been residing at the Trump National Golf Club Bedminster, which hosted an LIV Golf tournament over the weekend, throughout the summer season. The former president is poised to face another test of his influence within the Republican Party throughout a flurry of competitive primary elections Tuesday.

His meeting with a foreign world leader arrives amid mounting speculation that he intends to throw his hat in the ring for the 2024 presidential election. Trump recently told New York Magazine that he has already made up his mind regarding whether he will run and that for him, it's just a question of when he will announce.