Must See: White House Admits Biden Lied About Al Qaeda In Afghanistan - Why Is He Not Being Impeached? 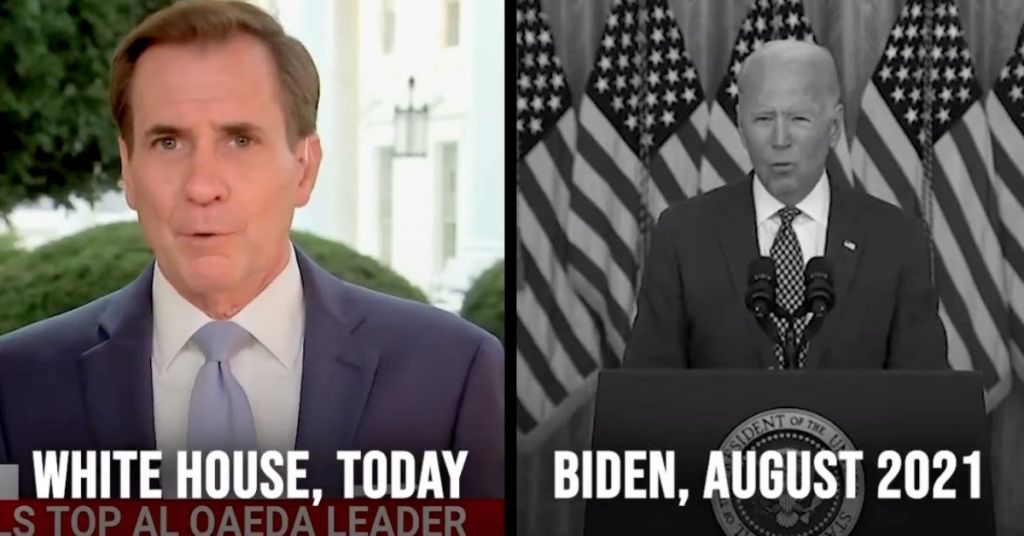 The top Republican on the House Intelligence Committee accused President Biden of beguiling Congress and the American public by downplaying al Qaeda's threat to Afghanistan when drawing out the U.S. soldiers last year.

Rep. Mike Turner, R-Ohio, told Fox News Digital that the killing of al Qaeda leader Ayman al-Zawahri proved Biden was disingenuous when he argued previously that there was no reason for the U.S. to remain in Afghanistan.

"The president was not being truthful," said Turner. "Now, as they try to take a victory lap for their actions of killing Zawahri in Afghanistan, they have to admit that his presence in Afghanistan is evidence that al Qaeda has a foothold and a presence and a relationship with the Taliban."

Biden claimed last year that America's "forever war" in Afghanistan had run its course. The President repeatedly claimed that the original cause of the war, to fight al Qaeda and other terrorist groups, had been accomplished.

"What interest do we have in Afghanistan at this point, with al Qaeda gone," Biden said in August 2021, defending his decision to withdraw from Afghanistan. "We went to Afghanistan for the express purpose of getting rid of al Qaeda in Afghanistan and – as well as – getting Osama bin Laden. And we did."

Republicans have long claimed that the White House ruined the U.S. exit from Afghanistan. They say that Biden undercut the legitimacy of the previous Afghan government by withdrawing troops and leaving billions in military hardware to the Taliban.

GOP lawmakers say that Zawahri's presence in Kabul at the time of his death shatters Biden's rationale for leaving Afghanistan. Turner told Fox News Digital that the White House disproved its own theory.

"The president and the White House by their actions, have disproved their theory as to the basis they used for pulling out of Afghanistan," said Turner. "Biden was being disingenuous in stating that al Qaeda was gone and then [by] diminishing the overall characterization of the threat to the United States."

The White House claims the President's comments about al Qaeda last year were more about the group's reduced presence and part in planning terrorist attacks from Afghanistan, not its presence in the country.

"They weren't playing a major role in operations or resourcing or planning in Afghanistan," said John Kirby, the White House coordinator for the National Security Council. "I think — again, without getting into numbers — we would still assess that to be the case."

Earlier this week, Biden announced that a U.S. drone strike had killed Zawahiri, the 71-year-old leader of al Qaeda, in Kabul. The terrorist mastermind, linked to the September 11, 2001 attack, was staying with family at the house of an aide to a senior Taliban official.