Watch: Ted Cruz Goes Off On DOJ For Picking & Choosing What They Care To Enforce & Who To Protect 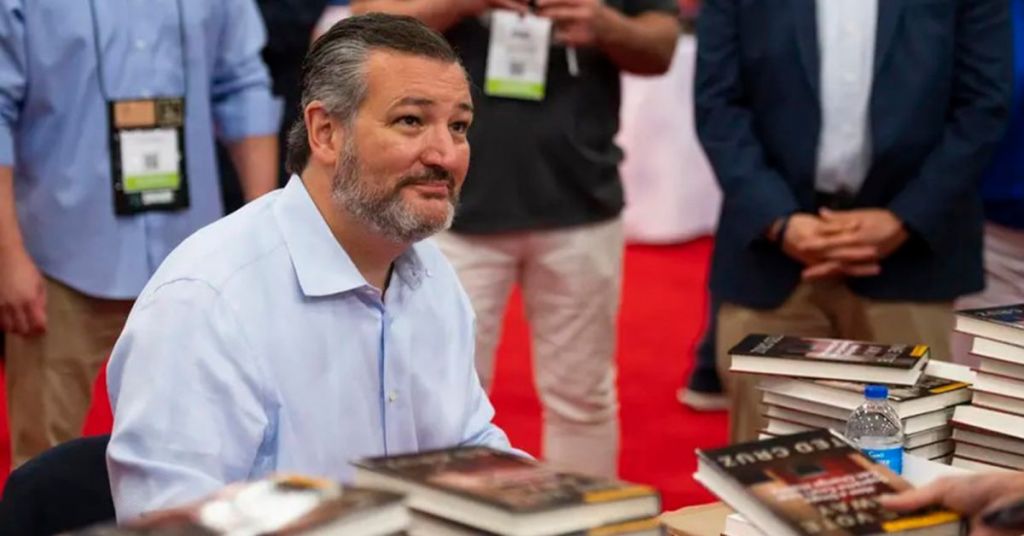 Texas Republican Sen. Ted Cruz slammed a top Justice Department official Wednesday over the lack of apprehensions made by law enforcement while demonstrators were protesting outside the homes of Supreme Court justices earlier this year.

"Congress has addressed this issue. It passed 18 USC 1507, making it a crime to protest at the home of a Supreme Court Justice while a case is pending," Cruz told Assistant Attorney General Kenneth Polite, Jr. during a Judiciary Committee hearing on Wednesday. "Night after night, these protesters committed federal crimes on national television. Why has the Justice Department refused to enforce 18 USC 1507?"

Polite replied to Cruz by stressing that one person has been charged with a crime by the U.S. Attorney's Office in Maryland after protesting outside the home of a Supreme Court justice. "So, one person?" Cruz responded.

"To date, there has been one prosecution," Polite responded before Cruz jumped in again.

"What about the hundreds of others?" Cruz asked. "All of whom have violated the law. On the face of it, it's not complicated. The law is very clear. Why does the Department of Justice pick and choose which laws to enforce, which criminal laws to enforce? Why does it seem to exactly follow the pattern of the partisan preferences of the Biden White House?"

Polite responded, "Politics shouldn't play and does not play any role in our prosecutorial decisions. I will also add that our attorney general has increased the U.S. Marshal service resources … to protect our Supreme Court justices."

Cruz then asked again why more people were not captured for violating federal law and why the department is "refusing" to enforce the law.

"Respectfully senator, I disagree that we've chosen not to enforce it," Polite said.

Polite added that he "cannot comment" on the "current status" of potential cases when pressed again by Cruz on the hundreds of protesters who picketed outside the homes of justices.

Polite later said that he does not think the one prosecution in Maryland he cited was based on the criminal code that Cruz referenced.

"I think you need to follow the law," Cruz said at the end of the exchange.

Furthermore, to the hundreds of protesters who picketed the homes of Supreme Court justices following the leak of an opinion indicating the upcoming overturning of Roe v. Wade, a 26-year-old California man was arrested for allegedly attempting to assassinate Justice Brett Kavanaugh outside his Maryland home.