Watch: Despite Their Begging, DeSantis Won't Be 'The View's' WHOOPI Cushion 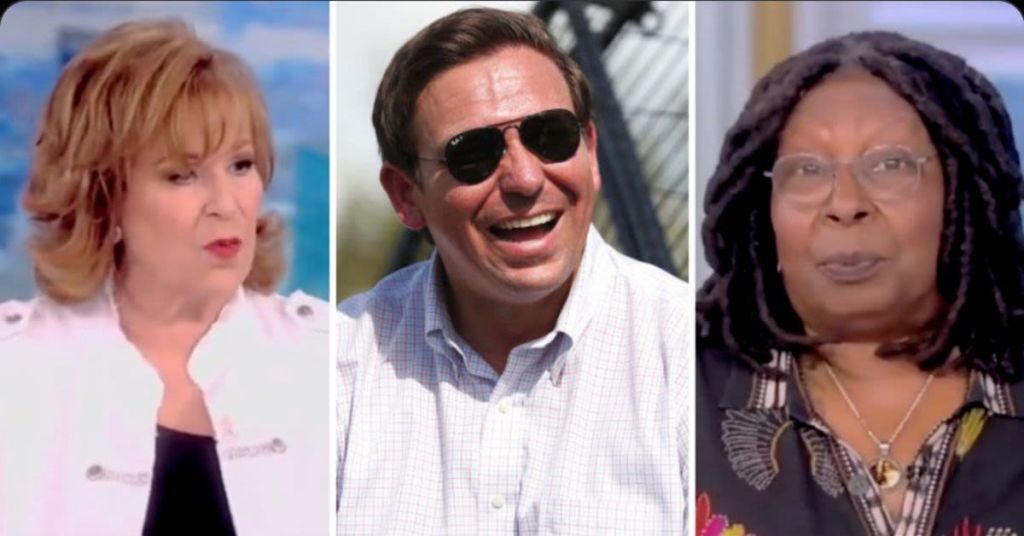 The office representing Florida Gov. Ron DeSantis provided more than a cursory, "Thanks, but no thanks" response on Tuesday, after the daytime TV show, "The View, extended an in-studio invitation to the Florida Republican.

A DeSantis staffer first penned a scathing rejection letter to "The View" producers, who argued the show hosts "would be honored" to talk with the Florida governor.

After that, the same DeSantis staffer posted the whole letter online for all to see.

For its 20-plus years on the air (ABC), "The View" has evolved from a light daytime TV experience to a politically charged show with a left-leaning bent.

Here's an excerpt from Griffin's letter:

"... are the hosts of The View really interested in hearing from Governor DeSantis about all of the important work he is doing on behalf of Floridians to protect their health and livelihoods, to stand up for parents and children, and to defend freedom?"

"Which of the below statements from the hosts ... do you recommend our team consider when deciding if the interview will be a genuine pursuit of the truth? Or worth the time:

"Joy Behar, August 2021: You're just short of calling [Governor DeSantis] a negligent, homicidal sociopath, because that's what he is." She continued, "What is he doing? He's risking the lives of children, children's parents, their grandparents, anyone they may come into contact with, so he can appeal to his white supremacist base and continue his career and get reelected?"

"Sunny Hostin, February 2022 (on Governor DeSantis' policies): It started with [Critical Race Theory]. Let's remember that — and those are anti-history law, anti-Black history laws, really." She added, "If you start coming after Black people, what comes next? Of course, the LGBTQ+ community, women, and other marginalized groups.

"We will pass on this offer," wrote Griffin.

He then concluded with, "Also please note — we don't coordinate appearances or events of a political nature from the official offices. Our role is to serve the people of Florida."