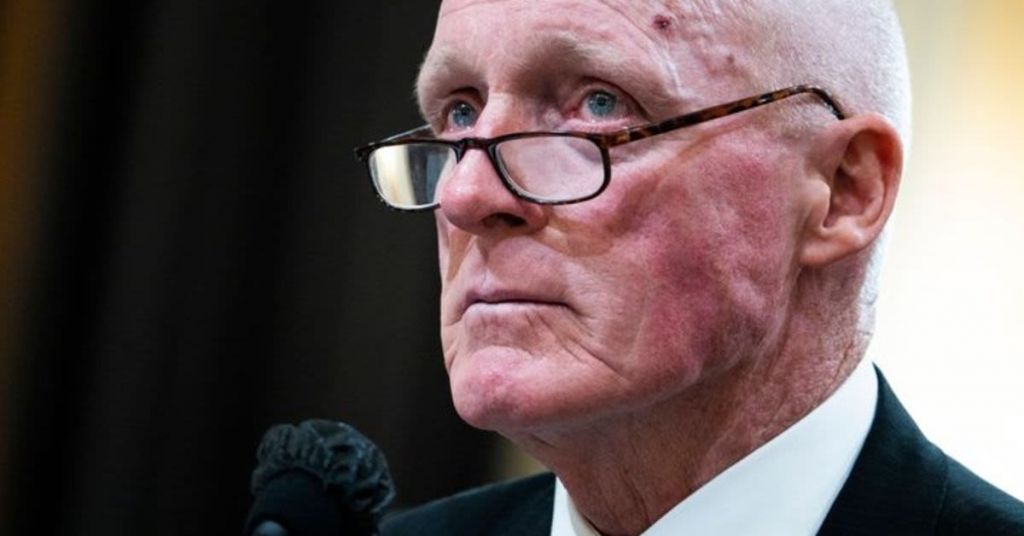 Arizona House Speaker Rusty Bowers lost his Republican primary for an open state senate seat this week, after he testified to the Jan. 6 committee regarding the pressure campaign from former President Donald Trump and his associates to undo the presidential election results in the state.

Bowers has drawn the ire of the Arizona GOP, who criticized him earlier this month, and of former President Trump. But he's unapologetic regarding his congressional testimony and his choice not to overturn the Arizona's results.

"If we want to base a party and an authority and move people to solve problems, you can't base it on a lie. Ultimately, that falls apart," he told "This Week" co-anchor Jonathan Karl in an exclusive interview at his home in Mesa, Arizona.

Bowers meets Trump-endorsed candidate David Fansworth in an Aug. 2 primary that makes Bowers the first Republican to face voters after testifying before the Jan. 6 committee.

"I've had people walk up and say, you know, just cold turkey, 'I'm ashamed of you,'" he explained to Karl.

Bowers says he's also been called a "traitor" and has been told that "the price of treason is hanging."

In his June testimony, Bowers detailed many conversations with former President Trump and his then-personal attorney, Rudy Giuliani, requesting him to substitute Arizona's electors with ones who would say Trump won the 2020 election.

"Did you ever consider going along with it?" Karl questioned Bowers.

"I said, this is new to me. The idea of throwing out the election of the president is like, okay, so what part of Jupiter do I get to land on and colonize?" Bowers asked.

Giuliani "never" provided any proof to back up claims that thousands of dead people voted in Arizona, Bowers stated.

"You asked [Giuliani] for evidence of fraud?" questioned Karl.

"Over and over, and he said, 'yes, yes.' And he never gave us anything. No names, no data, nothing."

Bowers, who is term-limited in the state house, previously announced it would take a "miracle" for him to win his bid for state senate. He told Karl "the demographics of my race are heavily Trump."

In an unusual move for a state legislature race, former President Trump has campaigned against Bowers in Arizona.

"Rusty Bowers, he's a RINO ['Republican in name only'] coward who participated against the Republican party in the totally partisan unselect committee of political thugs and hacks the other day, and disgraced himself, and he disgraced the state of Arizona," he said to a crowd in Prescott Valley, Arizona, on July 22.