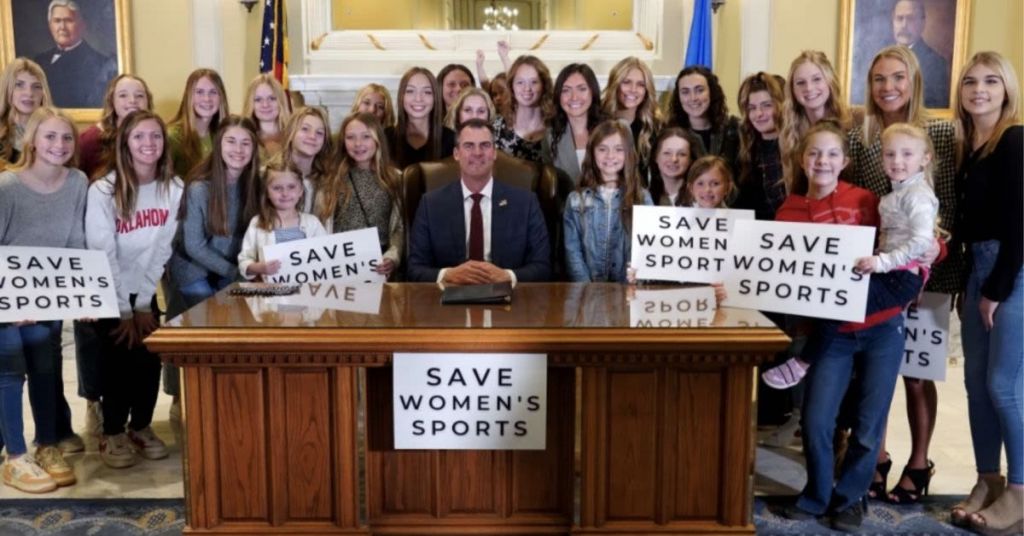 Student athletes at Oklahoma public schools will have to complete "biological sex affidavits," confessing their gender identity at birth, before engaging in sports for the 2022-23 academic year.

The condition runs in compliance with a new state law limiting transgender women and biological girls from playing on the same sports teams.

In March, Oklahoma GOP Gov. Kevin Stitt signed the "Save Women's Sports Act," thus requiring sports teams through the college level to be grouped by an athlete's "biological sex" at birth.

"It says: Athletic teams designated for 'females,' 'women,' or 'girls' shall not be open to students of the male sex. And what we are trying to accomplish here is very simple. We are protecting women’s sports.

We are ensuring a level playing field for female athletes who work hard -who are committed to their team - who have dreams to be number one in their sport -who deserve a fair competition," he added.

According to Oklahoma law, for student athletes 17 or younger, a parent or legal guardian must sign the affidavit admitting their child's assigned sex at birth, before the start of each school year.

And, for those 18 or older, the student-athletes are required to personally sign the affidavit, while also providing "any change in the status of the biological sex of the student" within 30 days of a school year launch.

For 2022 alone, Oklahoma is 1 of 10 states with laws barring transgender athletes from engaging on sports teams in congruence with their gender identity. In all, 19 states have passed similar measures since 2020.

And according to KOAM-TV, some school districts in Kansas have begun distributing "biological sex affidavits" to student athletes.

"This has nothing to do with encouraging girls to be athletes," abortion rights group Reproaction's Executive Director Erin Matson claimed on Twitter. "This is totalitarianism. It is the white nationalist agenda. The anti-LGBTQ agenda. The anti-abortion agenda. It is all the same agenda."