Watch: Japan & Russia On The Brink Of War 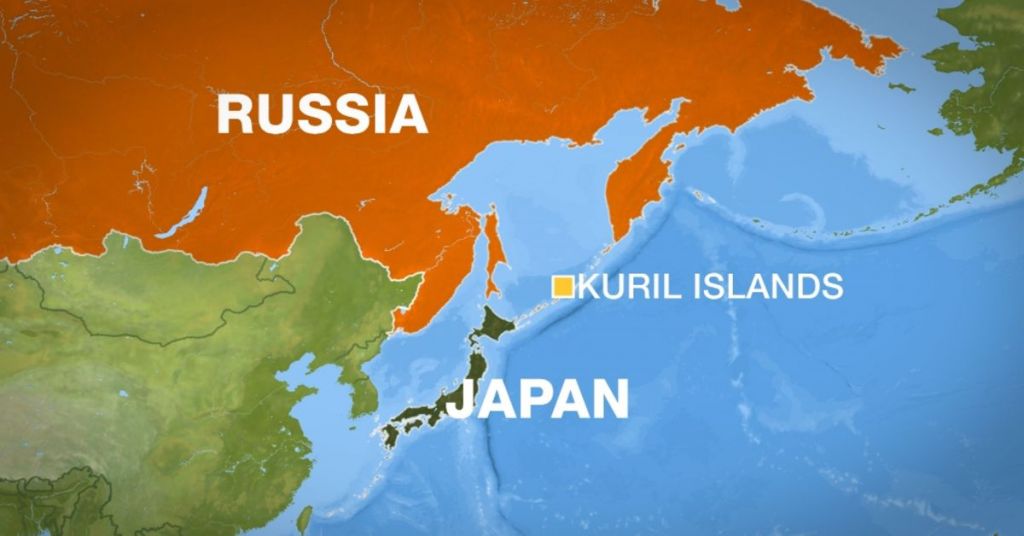 Russian President Vladimir Putin signed a doctrine on Sunday pledging the Russian Navy would "vigorously" protect the waters around the Kuril Islands, which are possessed by Japan.

On the event of Russia's Navy Day, Putin addressed 3,500 troops assembled in Saint Petersburg and Kronstadt for Russia's main naval parade. Forty ships of various sizes, along with 42 aircraft, took part in the parade, according to the Kremlin. In his address, Putin told the troops about the new naval doctrine he had signed earlier in the day, laying out a variety of technological and strategic goals for the Russian navy.

"We set the boundaries and areas of Russia’s national interests — economic, vital and strategic — clearly and transparently. First and foremost, these are our waters of the Arctic, the Black Sea, the Sea of Okhotsk, the Bering Sea, and the Baltic and Kuril Straits. We will ensure their protection rigorously and using all available tools," Putin said.

His comments about defending the Kuril Straits are sure to pose concerns to Japanese officials, who claim sovereignty over the Kuril Islands, according to the Center for Strategic and International Studies. The archipelago has been under Russian control since it was seized by the Soviet Union in the closing days of World War II. Due to conflicts over control of the islands, Japan and Russia have never signed a treaty to end the war officially.

Despite perpetual irritation in relations with Japan since the collapse of the Soviet Union, Russia's war in Ukraine has ended in a drastic reversal in relations between the two. Russia's Foreign Ministry terminated decades-long peace treaty discussions in March after Japan imposed sanctions against Moscow, then banned Japanese citizens from crossing to the islands visa-free, according to TASS. Russian official Dmitry Rogozin proposed in May to rename the islands after Russian figures and events surrounding the 1905 Russo-Japanese War, according to Reuters.

In April, Japan began ramping its rhetoric regarding the islands by calling Russia's occupation "illegal." On Friday, Russia conducted drills in the Kuril Islands, leading to further protests from Japan. Russian Foreign Ministry spokeswoman Maria Zakharova responded by saying that the islands are an "integral part of Russia" and that their status is out of the question.

Putin's new naval doctrine carries many different stipulations, including the designation of the United States and NATO as the biggest threat to Russia's security. It calls for the drastic expansion of the Russian Navy in the far east, including the development of a "modern, hi-tech shipbuilding industry in the Far East designed for building large-tonnage vessels (in particular, for the Arctic’s development) and advanced aircraft carriers for the Navy."