Watch: Was Manchin Bribed Into The New Spending Bill? 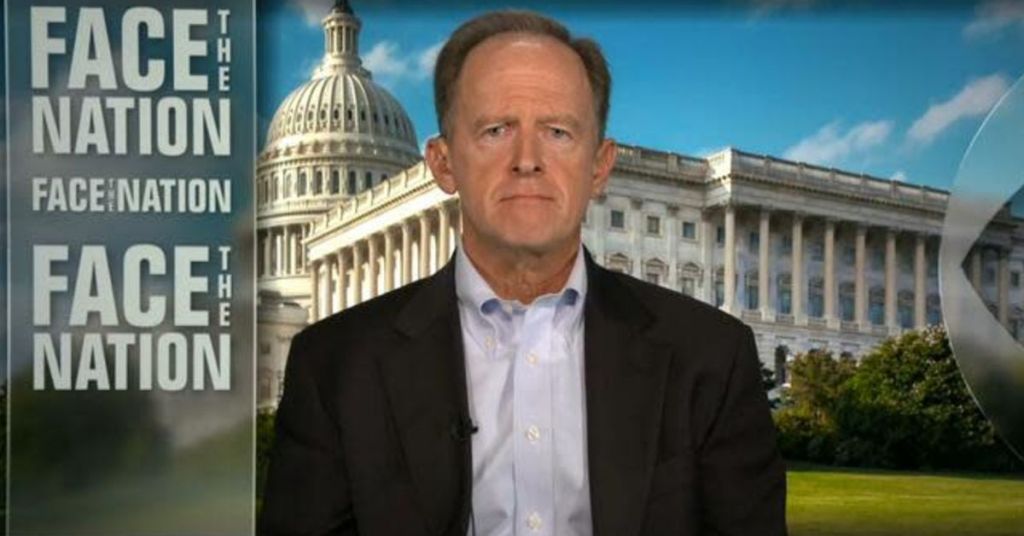 Sen. Pat Toomey (R-PA) on Sunday said that moderate Sen. Joe Manchin (D-WV) got “taken to the cleaners” by Senate Democrats by taking their tax and spending package.

Appearing on CBS’ “Face the Nation,” Toomey said that Manchin was tricked by his Democratic colleagues into accepting the reconciliation package. Toomey argued that the Democrats’ package uses accounting tricks that they say will lower inflation, the same things Manchin previously opposed in “Build Back Better.” He also slammed Democrats for promising Manchin a pro-energy infrastructure bill but not including provisions in the current package.

“I think he got taken to the cleaners,” Toomey said. “He’s agreeing to all this bad policy, and return for which he’s been promised there is going to be some kind of pro-energy infrastructure bill sometime in the future.”

“Well, first of all, I thought we did that in the infrastructure bill.” he continued. “Secondly, what is the text? But most importantly, why isn’t that in this bill and the answer is because Democrats don’t support it. So this is going to do a lot of harm, and there is not going to be a corresponding benefit.”

Toomey also dismissed the idea that the bill reduces the federal deficit. “[T]hey use the same gimmick that Senator Manchin said he was opposed to in the past. They claim the revenue over a ten-year window from their big tax increase, and their price controls, and then the expenditure that they acknowledged, they pretend is only going to be for three years,” said Toomey.

“That’s the Obamacare subsidies for wealthy Americans. That’s an obvious political payoff. The last time they had to do this, they said it would only be for two years,” he added. “It is about to expire, and they can’t have it expire before an election, so they’re extending it, but only for three years. They have no intention of ever ending the Obamacare subsidies over a ten-year window that wipes out the purported deficit reduction.”

“They are also counting huge amounts of additional tax revenue from giving more taxes – money to the IRS, which the [Congressional Budget Office] does not agree with, they’re also not taking into account how much our economy will slow down from this big corporate tax increase that will mostly hurt manufacturing and domestic investment. These numbers are very, very dubious.”