Shia LaBeouf Becomes A Holy Man For His Next Movie 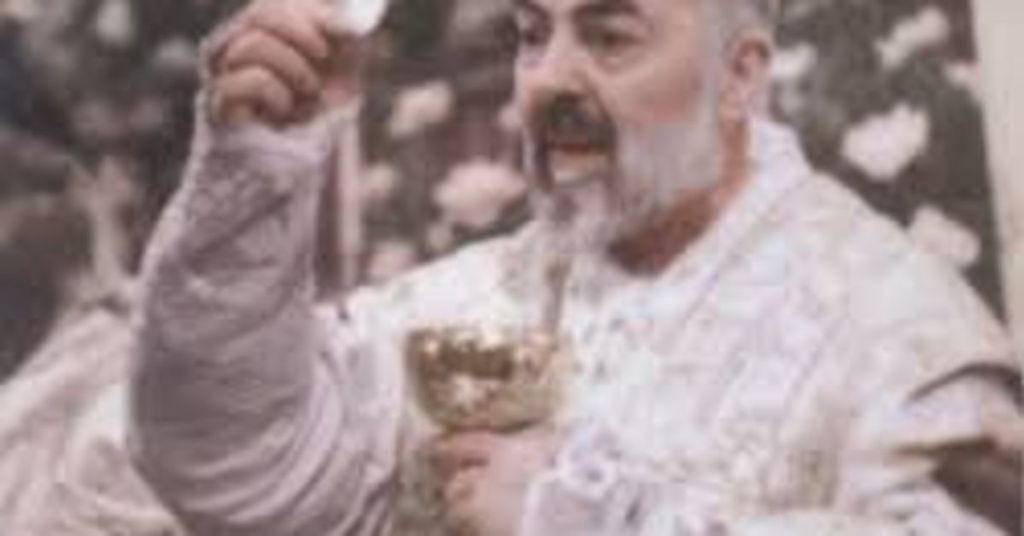 Popular movie star Shia LaBeouf is preparing for the release of his latest film, "Padre Pio," where he stars in the role of the beloved Franciscan Capuchin friar. The film is now in post-production, but the actor's meeting with real-life monks has touched his heart.
LaBeouf will play the role of Padre Pio, an Italian saint who lived in the 20th century, in the upcoming film of the same name. Directed by Abel Ferrara, "Padre Pio" will focus on the saint's young life, according to the Internet Movie Database.

The actor's transformation from the role is obvious, as revealed in a recent viral post by Bishop Robert Barron of the Archdiocese of Los Angeles. On Instagram, the man of the cloth said he recently met with the 36-year-old for the second time while at a movie screening. "Shia and I met while he was living among the Capuchins in preparation for the role, and it was delightful to see him again at the screening," Barron noted.

LaBeouf's time living with monks came when the actor was finding his own walk with the Lord. The entertainer was raised Jewish and once asserted to not believe in God. In a 2014 interview with Interview Magazine, he said that he became a "Christian" while filming the movie "Fury" alongside Brad Pitt and David Ayer. But his faith was on and off since then. Footage posted online last year of the "Transformers" star gearing up for the role of Padre Pio gave fans a sense of the actor's heart with God is now after he spent time at a Franciscan Capuchin friary based in northern California to help immerse himself into the work of the friars.

According to reports, the "Even Stevens" actor even went on a pilgrimage to the Italian town of San Giovanni Rotondo, where Padre Pio, also known as St. Pio of Pietrelcina, lived and served for more than half a century.

In August, the actor starred in a video sharing how his new role has affected him. "I'm completely immersed in something way bigger than myself. I don't know if I've ever met a group of men as immersed in anything in my life. It's super attractive to see people give themselves to something so divine. And it's heartwarming to know that there's a brotherhood like this that exists," he said.

Furthermore, LaBeouf stressed that he was met with "nothing but grace" by the friars he encountered along the way. In an interview with Variety published last summer, Ferrara shared further information about the upcoming movie. Except for LaBeouf, the film will feature several Italian actors who may be unknown to American audiences. However, Ferrara told the publication that his close friend Willem Dafoe would also star in the movie.

"We're doing a film about Padre Pio. He's a monk from Puglia. It's set in Italy right after World War I. He's now a saint. He had stigmata. He was also in the middle of a very heavy political period in world history," Ferrara explained. "He was very young before he became a saint, so Shia LaBeouf is going to play the monk."

In another interview with an Italian publication last month, Ferrara reported that LaBeouf came upon this project just as he was strengthening his own faith. "For Shia, he began to know Pio just as he was discovering his own Christianity. With this film, he took a dip in the dark. He threw himself. He went to live in a monastery for months. He shared time with his brothers. It was a very powerful discovery," Ferrara recalled.