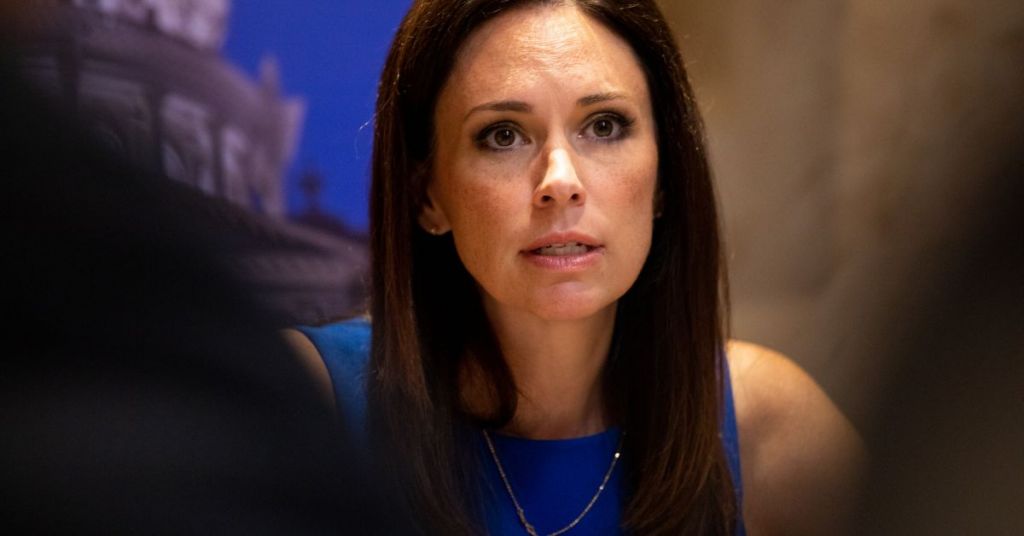 Dixon is a businesswoman and former conservative television commentator and also an outspoken critic of Michigan Gov. Gretchen Whitmer’s (D) handling of the coronavirus pandemic.

Dixon is one of five candidates running in the state’s GOP primary, which occurs on Tuesday. Trump’s late endorsement may be able to give Dixon the final push needed going into the primary election, as recent polls have found she is somewhat ahead or closely behind.

A poll that discovered Dixon had a slim four-point advantage over her challengers further determined that 38 percent of Republican voters are still undecided.

In his endorsement, Trump announced Michigan “is being destroyed by the Radical Left Democrats,” and called Whitmer “the Queen of lockdowns (except for her husband), school closures, and a suffering economy.”

Trump mentioned Dixon’s “powerful speech” on election integrity as one of the reasons for his endorsement.

Trump announced: "When I met Tudor Dixon, she was not well known, but I could tell she had something very special—it was a quality that few others have. She delivered a powerful speech on how she would lead Michigan, fight for Election Integrity, turn around the Economy, and protect the future of Michigan for every child. Then, after recognizing her during my Rally speech in April, her campaign took off like a rocket ship. The great people of Michigan got it—just like I did."

Trump further stressed her career in the steel industry and called attention to her “pro-God, pro-Gun, and pro-Freedom” worldview.

"She raised a beautiful family, and is ready to save Michigan. She’s pro-God, pro-Gun, and pro-Freedom, and she won’t be stopped! She will stand up to the Radical Left as they try to indoctrinate our children and is ready to take on one of the worst Governors in the nation, Gretchen Whitmer, who is trying to destroy Michigan and our Country. Tudor Dixon will make a great Governor and has my Complete and Total Endorsement. She will not let you down!"

In response to the endorsement, Tudor announced it is “a great honor to receive President Trump’s endorsement and have the strength of our campaign to defeat Gretchen Whitmer further affirmed by his support.”

“Our vision for a family-friendly Michigan clearly resonates with voters. It is the reason our broad coalition is growing,” Tudor continued. “Voters of all stripes are tired of being crushed by the heavy-hand of big government ideological liberals like Gretchen Whitmer and Joe Biden.”