NYT Is All For Cannibalism According To This 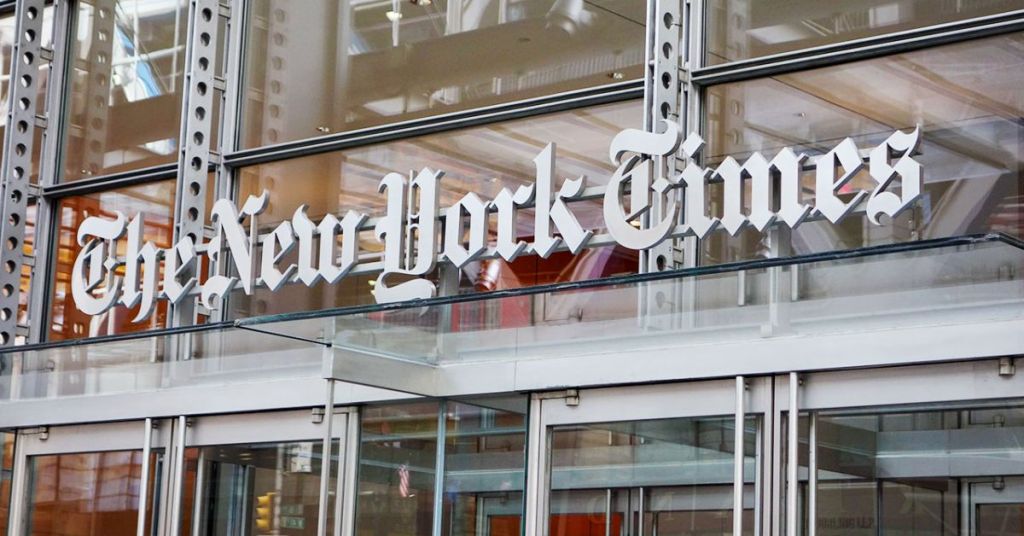 The New York Times published an article Saturday that said "Turns out, cannibalism has a time and a place" which prompted criticism on Twitter varying from the piece being called "satanic," to "occult," and even an electoral strategy.

The New York Times piece called "A Taste for Cannibalism?" posted in its Style section on Saturday centered around author Chelsea G. Summers who recently wrote a book titled "A Certain Hunger," which is about a restaurant critic who kills people and then eats them.

According to the Times, "In the pages of some recent stomach-churning books, and on television and film screens, Ms. Summers and others suggest that that time [for cannibalsim] is now."

Jack Posobiec remarked, "More occult shlit," in an opinion reiterated by columnist Amrita Bhinder who said, "If evil had a design it would be in NYT. Occult sh*t!"

Many stressed that the New York Times was transitioning away from promoting human beings to eat bugs, something they do almost annually, and moving towards advancing human meat as a dietary substitute.

Podcaster and former Assistant Secretary of the Treasury Monica Crowley wrote, "They moved from eating bugs to eating fellow humans pretty fast" and musician Zuby said, "I will not eat the bugs and I certainly will not eat my neighbours."

Independent journalist Joel M. Petlin, whose work focuses on Jewish rights, even suggested it was an electoral strategy and wrote, "So according to the NY Times, if you can't convince your neighbors to vote for your preferred candidates, you could always just win the election by eating them. In 2022, cannibalism isn't wrong, it's just the new electoral math."

According to TMZ, the stir had even brought "Soylent Green" to trend. In the 1973 movie, cannibalism is rampant in New York City because the company Soylent disguised human meat as a harmless food supplement.

There is “Yellowjackets,” a Showtime series about a high school women’s soccer team stranded in the woods for a few months too many, which premiered in November. The film “Fresh,” released on Hulu in March, involves an underground human meat trade for the rich.

“Lapvona,” Ottessa Moshfegh’s novel published in June, portrays cannibalism in a medieval village overcome by plague and drought. Agustina Bazterrica’s book “Tender Is the Flesh,” released in English in 2020 and in Spanish in 2017, imagines a future society that farms humans like cattle. Also out in 2017, “Raw,” a film by the director and screenwriter Julia Ducournau, tells the story of a vegetarian veterinary student whose taste for meat escalates after consuming raw offal.