Getting Help Made Easier: Dial 988 If You Or Someone You Love Is Contemplating Suicide 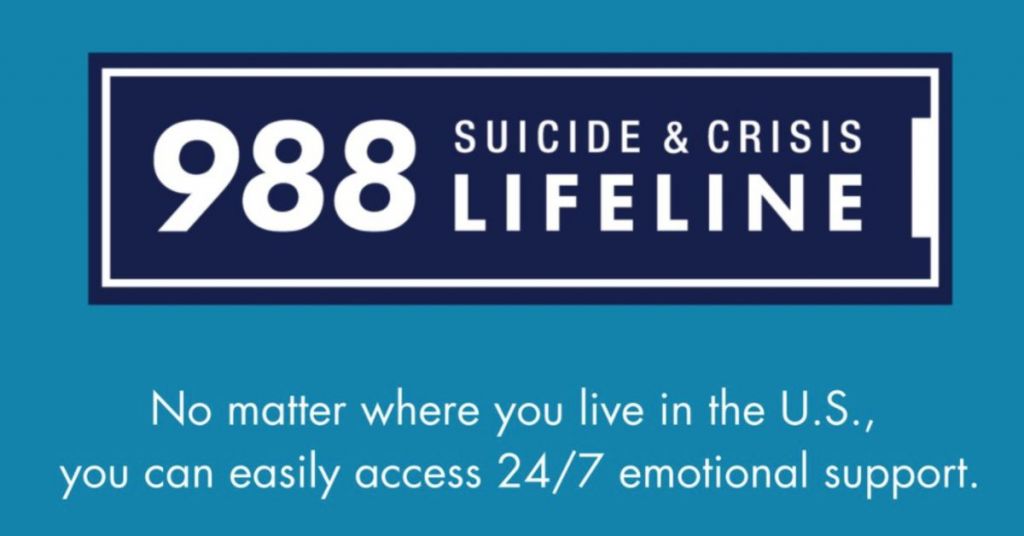 Starting tomorrow, if you or someone you know is contemplating suicide or having a mental health disaster, you can dial only three numbers — 988 — to get assistance.

Callers will be connected to a trained counselor at a local call center and ultimately routed to possibly lifesaving support services. The three-digit code for the 988 Suicide and Crisis Lifeline replaces the 10-digit number for what was formerly known as the National Suicide Prevention Lifeline.

The new three-digit number is easy to remember, free, available 24/7 and confidential, announced Thea Gallagher, a clinical assistant professor in the Department of Psychiatry at NYU Langone Health in New York City.

"If 988 becomes just as ubiquitous as 911, we are saying that mental health and physical health are on the same level, and that breaks stigma," she stated. Gallagher stated that the need for such access and services has never been greater.

"With the ongoing pandemic, we have seen an increase in depression, anxiety and suicidal thoughts and behavior, so we know mental health has never been more negatively impacted," she announced. In 2020, over 47,000 Americans died by suicide, a 33% growth from 2000, according to The Pew Charitable Trusts.

The new number will further accept texts, and live chat is available, said Dr. May Lau. She is a pediatrician at the University of Texas Southwestern Medical Center and the medical director of the Adolescent and Young Adult Clinic at Children's Medical Center Dallas.

Crisis counselors speak multiple languages and are culturally competent at counseling members of the LGBTQ community. There are further resources available for people who are deaf or hearing-impaired, Lau announced.

"The text function is only in English for now, but most of the people who feel comfortable texting are younger, and many of them are bilingual," Lau stressed.

The new line is not only for people who are contemplating suicide. Counselors are further skilled in discussing self-harm, addiction, domestic violence and other mental health matters. If a caller needs immediate medical attention, 988 will collaborate with local police or hospitals to dispatch services.

"We are trying to help people deal with crises before they become life-threatening," stated Anthony Wood, interim CEO and COO of the American Association for Suicidology. The group has been calling for a three-digit suicide hotline for years.

And while a three-digit number is a big step forward, there are still some kinks to work out, Wood announced. For starters, local crisis centers will need more counselors to handle the expected surge in calls, he stated.

"Member centers are gearing up for more volume and accountability to their communities, and while funding has been expanded, we are still in a situation where there are not enough dollars to cover the cost for every part of the country," Wood announced. "Every state is struggling with how to fund the program."

Most people experiencing a mental health emergency dial 911. The issue is that 911 wasn't set up to address mental health needs. Either callers end up in a frenetic emergency room, waiting for hours and sometimes days to get care, or they end up interacting with law enforcement, which can lead to tragedy or trauma.

"Unlike other medical emergencies, mental health crises overwhelmingly result in a law enforcement response," states psychologist Benjamin Miller, president of Well Being Trust. "If you look at the data from the police, about 20% of their total staff time is spent responding and transporting individuals who are experiencing a mental health crisis."