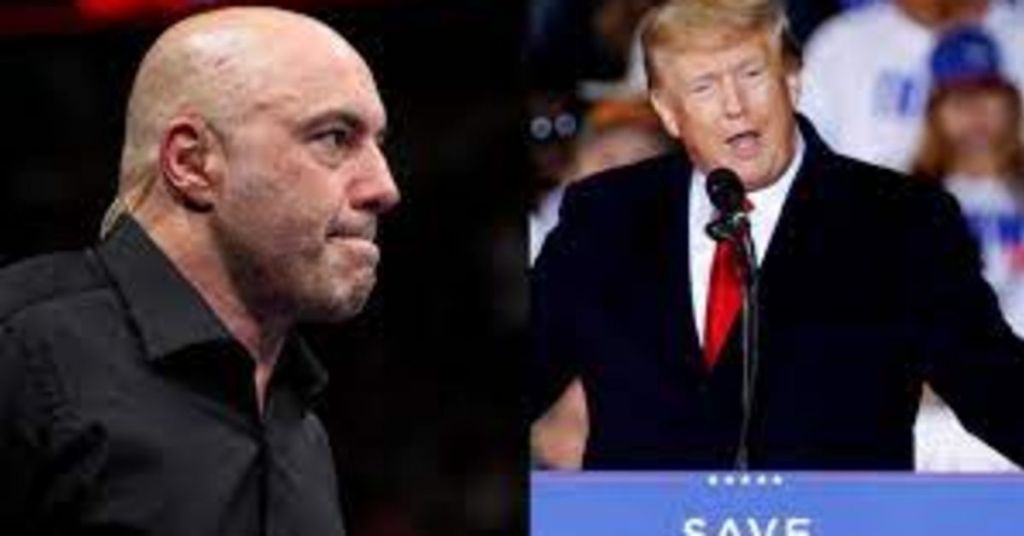 Joe Rogan will never host former President Donald Trump on his podcast because he announced he is "not interested in helping him."

Rogan, 54, made the revelation throughout a Monday interview with Lex Fridman, and he was very honest regarding his opinions toward Trump.

"I am not a Trump supporter in any way, shape, or form," Rogan announced. "I've had the opportunity to have him on my show more than once. I've said no every time."

"I don’t want to help him. I'm not interested in helping him," he stated.

The former president is an extremely polarizing figure, Rogan stated, and people have deserted "their own ethics and morals and principles" to attack him and his supporters because they view him as "an existential threat to democracy itself."

"The Trump era is also going to be one of the weirder times when people look back historically about the division in this country."

The podcast host and UFC commentator fully expects Trump to run in 2024, he announced.

"He is running against a dead man," Rogan stated, referring to President Joe Biden.

"Biden shakes hands with people who aren't even there when he gets off stage," he announced. "I think he is seeing ghosts. ... If he was anyone else, if he was a Republican, if that was Donald Trump doing that, every f***ing talk show would be screaming for him to be off the air."v

An interview has the ability to "revitalize and rehabilitate" a person's image, according to the podcaster, who used Alex Jones as an instance.

Jones was genuine during his interviews, but Trump most likely wouldn't be, Rogan said, who admitted that he is not well versed enough at this time to discuss all the political corruption in the United States.

"I don't know if he would genuinely be there," he announced. "I think he would be putting on a performance."

That said, Rogan made a few jabs at others who didn’t support the twice-impeached former president, but he reiterated that he sees Trump as a true “threat” to the order of things in the U.S.

When pushed on the fact that Rogan has had others on his podcast who he does not agree with, like Kanye West, Rogan got steely.

“Yeah, but Kanye’s an artist. Kanye doing well or not doing well doesn’t change the course of our country,” he said.

Meanwhile, building a powerhouse of a brand for himself with no small degree of courting controversy, Rogan hit a nearly $200 million deal with Spotify in mid-2020 to make the streamer the exclusive platform for his podcast. Despite the harsh backlash against Rogan about his opinions regarding Covid vaccines and treatments, with accusations of misinformation and the likes of Neil Young pulling his tunes from Spotify in protest, the streamer has stuck by the host who essentially put them in the podcast game.