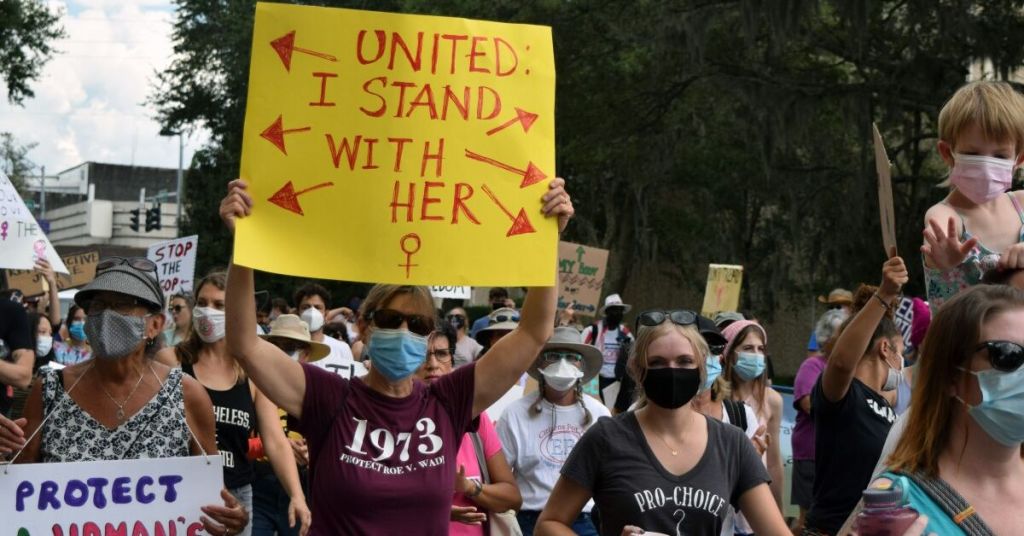 A Florida state judge has briefly intercepted a Florida law that bans abortion after 15 weeks of pregnancy, but that obstruction has itself been put on halt while the state reviews the ruling.

In a long-ruling issued Tuesday, Leon County Circuit Court Judge John Cooper stated that the recent Supreme Court decision in Dobbs v. Jackson Women's Health Organization – which overturned Roe v. Wade – has no grounds in this case. That is because while Roe was based on the notion of a right to privacy that is not explicitly in the Constitution, the Florida state constitution specifically does include a right to privacy.

"The right to privacy under the Florida Constitution is ‘much broader in scope’ than any privacy right under the United States Constitution," Cooper wrote, citing a past Florida case in which a concurring opinion observed that Florida's abortion rights would not be impacted by Roe's overruling.

Cooper mentioned other past cases, including a 2003 Florida Supreme Court case that said it would be inappropriate to tie federal and Florida privacy rights "in light of the fact that there is no express federal right of privacy clause."

Following the state’s right being written into the state constitution, Cooper said there is a higher level of scrutiny, and that "any law that implicates the fundamental right of privacy is … presumed to be unconstitutional."

Cooper ruled that a 15-week cutoff for abortions is not supported by a sufficient state interest. The judge said that while the law has an exception for when abortion is needed to save the mother's life, there are other conditions that "may not be fatal but can have profound and lasting implications for the patient, the family, and the neonate if the pregnancy is carried to term."

The judge also led to evidence that most abortions are carried out because fetal abnormalities occurred in the second trimester. He claimed that for a variety of reasons such as poverty, late diagnosis, addiction, and abuse, many of the women who got abortions in their second trimester in 2021 would not have been able to do so before 15 weeks.

"Patients faced with a diagnosis of a fetal condition also need time to make the right decisions for themselves and their families, based on information from their prenatal care providers and from multiple sources with knowledge about the fetal anomaly at issue, discussion with family and other support systems, and consultation with their clergy, social workers, or other resources," Cooper wrote.