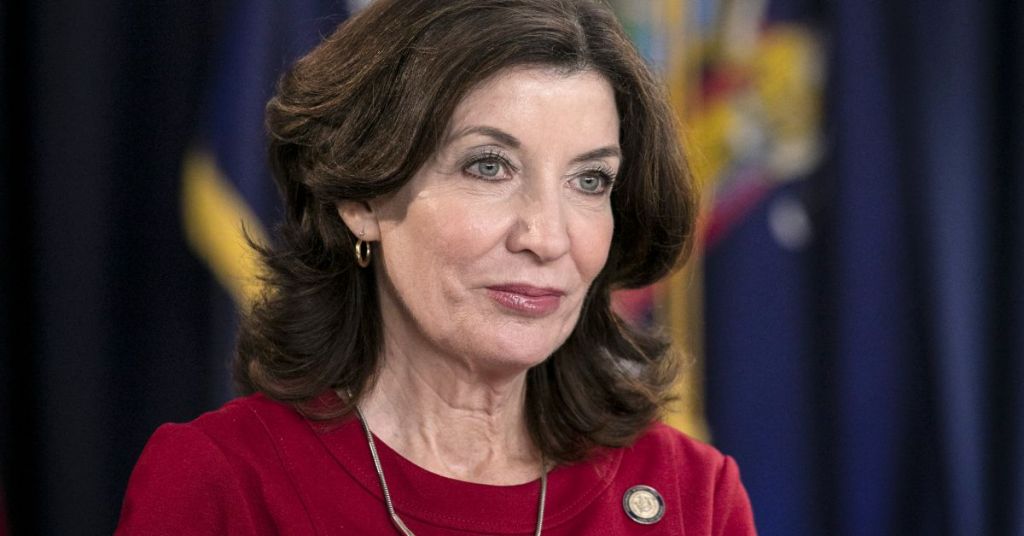 New York's unelected Governor Kathy Hochul is moving to enshrine protections for gender identity into the state constitution. The inspiration for this move, per the bill's sponsor State Senator Andrea Stewart-Cousins, was the reversing of Roe v. Wade by the US Supreme Court, which reverted the question of abortion legality back to the states. While abortion is presently legal in New York, and there are no signs that this will be overturned, this SCOTUS ruling has fueled Democrat lawmakers to form protections for gender identity.

"Our modern vision of equality demands comprehensive equal protection. Indeed, many individuals are themselves members of numerous communities, identities, and protected classes, and true equality and justice demand protections that recognize the interconnected nature of discrimination," the memo about the bill states.

The new amendment to the New York State Constitution, which passed both the New York State Assembly and Senate and will now head to Governor Kathy Hochul's desk for signature, alters the provision on "Equal protection of laws, discrimination in civil rights prohibited," or section 11 of Article 1 of that document.

The original, per an amendment that was ratified in 2001, reads:

"[Equal protection of laws; discrimination in civil rights prohibited] §11. No person shall be denied the equal protection of the laws of this state or any subdivision thereof. No person shall, because of race, color, creed or religion, be subjected to any discrimination in his or her civil rights by any other person or by any firm, corporation, or institution, or by the state or any agency or subdivision of the state."

The adjustments to be made to this amendment codify protections for sex where it concerns abortion, yet go on to describe sex as encompassing sexual orientation, gender identity, and gender expression. It further replaces an example of "his or her" with "their," giving all citizens of people of New York a gender-neutral pronoun, whether that is his or her personal preference or not.

"§11. a. No person shall be denied the equal protection of the laws of this state or any subdivision thereof. No person shall, because of race, color, ethnicity, national origin, age, disability, creed, religion, or sex, including sexual orientation, gender identity, gender expression, pregnancy, pregnancy outcomes, and reproductive healthcare and autonomy, be subjected to any discrimination in their civil rights by any other person or by any firm, corporation or institution, or by the state or any agency or subdivision of the state, pursuant to law." (Emphasis ours.)