Must See: AOC Shows Just How Moronic She Is With This 'Act Of Reclamation' After EPA & Roe Rulings 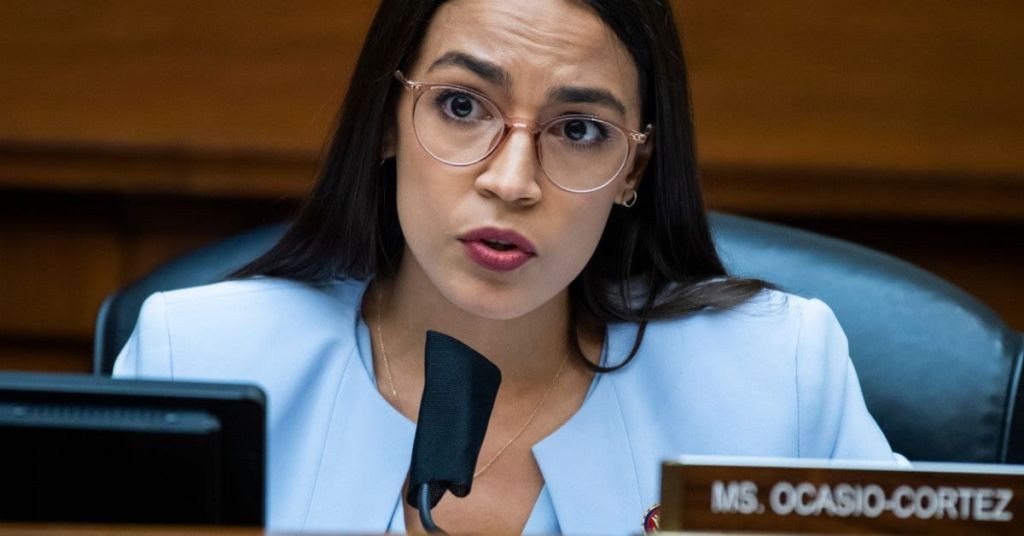 Progressive New York Rep. Alexandria Ocasio-Cortez announced that the Supreme Court's conclusion on the Clean Air Act is "catastrophic" and then proceeded to tell her followers that she will use her manicure time as an act of personal reclamation. Yes, getting your nails done is sticking it to the man according the dimwitted bartender who sits in Congress.

In a Thursday morning tweet, the Democratic firebrand and climate justice advocate swiped at the Supreme Court.

"Catastrophic. A filibuster carveout is not enough," Ocasio-Cortez wrote. "We need to reform or do away with the whole thing, for the sake of the planet."

At issue in West Virginia v. EPA was whether, under the Clean Air Act, Congress constitutionally authorized the EPA to implement regulations on states to decrease carbon dioxide pollution by moving away from coal-fired power plants to different forms of energy.

"Capping carbon dioxide emissions at a level that will force a nationwide transition away from the use of coal to generate electricity may be a sensible 'solution to the crisis of the day.' But it is not plausible that Congress gave EPA the authority to adopt on its own such a regulatory scheme in Section 111(d). A decision of such magnitude and consequence rests with Congress itself, or an agency acting pursuant to a clear delegation from that representative body."

In a dissent, Justice Elena Kagan – joined by Justices Sonia Sotomayor and Stephen Breyer – announced that the decision strips the EPA of the power Congress gave it to respond to "the most pressing environmental challenge of our time."

"The subject matter of the regulation here makes the Court’s intervention all the more troubling. Whatever else this Court may know about, it does not have a clue about how to address climate change. And let’s say the obvious: The stakes here are high. Yet the Court today prevents congressionally authorized agency action to curb power plants’ carbon dioxide emissions," she stated. "The Court appoints itself—instead of Congress or the expert agency—the decision-maker on climate policy. I cannot think of many things more frightening. Respectfully, I dissent."

The ruling arrives the same day as a United Nations panel’s report cautioned of the dire effects of climate change tied to carbon emissions.

Almost 20 most Republican-led states and coal companies had sued to block the Biden administration from implementing new climate change policy and the Justice Department announced that a federal plan to regulate carbon emissions from power plants would not take place before the end of the year.

The Supreme Court agreed to preemptively review EPA’s authority to issue such a regulation in the first place.