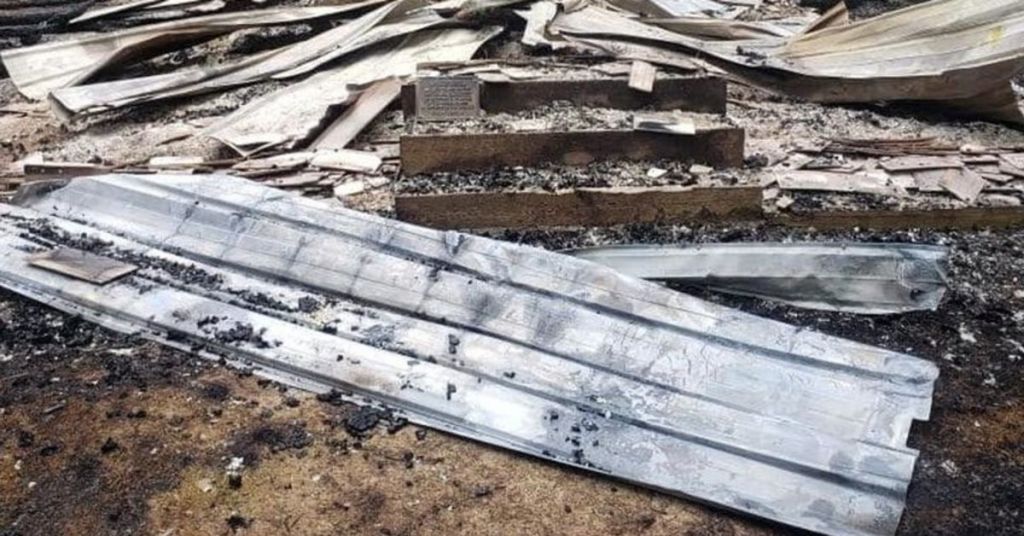 The small 19th-century building was found destroyed in the town of Beaver on Sunday, two days after the Supreme Court overruled the almost 50-year Roe v. Wade precedent, sending the abortion matter back to states.

"On 6/26/2022 units from Beaver VFD were alerted to a structure fire at the Saint Colman Catholic Church on Irish Mountain Road in Shady Spring, WV," the Beaver Volunteer Fire Department wrote on Facebook.

"Upon arrival we found the structure was already burned to the ground and smoldering. At this time the fire is considered suspicious in nature and is being investigated as arson."

According to the National Register of Historic Places, "The Little Catholic Church on Irish Mountain" under the Diocese of Wheeling-Charleston was recorded as being constructed between 1877-88.

The news arrives as churches across the nation have been threatened and vandalized by extremist pro-abortion groups and rogue individuals concerned with the Dobbs v. Jackson ruling.

In Fairfax County, Virginia, the fire and rescue service announced it fot a call Sunday morning that mulch was smoking at St. John Neumann Catholic Community Church in a practicable failed effort to start a fire, NBC's WAVY-TV 10 reported.

In the meantime, a recent memo from the Department of Health and Human Services showed that it had cautioned local law enforcement regarding possible vandalism and violence to churches, pregnancy centers, and conservative groups.

"We expect violence could occur for weeks following the release, particularly as DVEs [domestic violent extremists] may be mobilized to respond to changes in state laws and ballot measures on abortion stemming from the decision," the department wrote.

The Diocese of Wheeling-Charleston told CNA it "is saddened to hear of the devastating fire at the historic St. Colman Catholic Church near Shady Spring, WV. Thankfully, no one was inside the building when the fire occurred and the structure is a total loss. The church, which was placed on the National Register of Historic Places since it was built in 1877 was not regularly used. The Diocese is truly grateful for the response of so many fire departments in the area, but the little church burned quickly and nothing can be saved. The cemetery behind the church will continue to be maintained."

According to the nomination form for its inclusion on the National Register of Historic Places, St. Colman’s was established around 1877 to serve the burgeoning Irish immigrant population. It gained the moniker of “The Little Catholic Church on Irish Mountain.”

The Irish were some of the earliest European settlers in West Virginia, arriving in the mid-19th century. On Irish Mountain, the populace had increased to over a half-dozen families after the first Irishman to settle in the area, Maurice Sullivan, purchased a large tract of land in 1855.

In the late 19th century, the verdant wilderness represented a foreboding obstacle. “Located in an extremely isolated area, this community of Irish farmers became virtually self-sufficient and formed a distinctive ethnic group,” the nomination states.

“The one aspect of their lives, however, in which they did not feel self-sufficient was their lack of a place of spiritual solace. The closest Roman Catholic church was St. Patrick Catholic Church in Hinton, founded in 1872, which was nearly fifteen miles away over torturous mountains and through rugged terrain.”

It is unclear whether the suspected arson attack that destroyed the church this week is related to its phantasmal reputation, or to the spate of arson attacks against Catholics that have plagued the country as a whole in recent months.