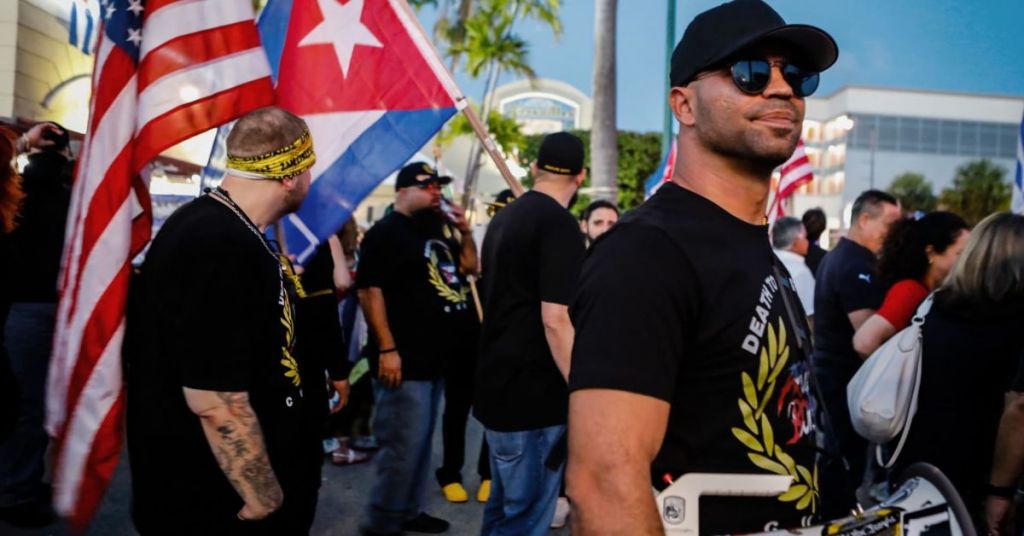 New Zealand has labeled the U.S. chapter of the right-wing Proud Boys group a terrorist organization, a rare criticism by an ally.

The government classified the group in the same category as the Islamic State and the Irish Republican Army, in a filing last week, became the second U.S. ally behind Canada to give the group that designation, which stops people from funding, participating in, or helping recruit for the group within New Zealand. The special title is assigned at the will of the prime minister of New Zealand.

"[The group's] extreme right-wing ideology is founded on racist and fascist principles. APB engaged in the attack on the Building for the purpose of obstructing and preventing the proper functioning of democratic government and in opposition to what PB perceives as liberalization and diversification of US society," the government filing read.

"In public, APB leadership requires members to acknowledge and adhere to ‘western chauvinism’, they actively encourage veneration of ‘traditional roles’ for women (i.e. ‘the housewife’), and they are politically ‘conservative’. As demonstrated below, the APB have adopted an extremist combination of these positions that is ideologically grounded in fascism."

"Fascism is an ideology that is difficult to specifically define, and tends to slip between a number of ideological talking points as suits the purposes of an adherent or group. Experts have however identified a number of core tenets or characteristics that typical provide definition to fascist movements or groups.15 These can include ethnonationalism (the belief that a nation-state can only be inhabited by ‘natives’ of a country or place), authoritarianism and the veneration of the dictator or strongman, forcible suppression of opposition and dissent (i.e. opposition to democratic participation), the application of staunch rules regarding traditional gender roles, and the rejection of modernity (which is viewed as depraved or weak)," it added.

The government mentioned the Proud Boys' involvement in the Jan. 6 riot at the Capitol building as proof that the group meets the standards of a terrorist organization.

The Proud Boys have also been defined as a terrorist group by the Canadian government, which made a move soon after the Capitol riot.

A Capitol riot trial involving leaders of the Proud Boys was delayed last week to allow prosecutors time to examine evidence from the hearings, which extended to the public for the first time in months this summer.

The House Select Committee investigating the Jan. 6 riot heard testimony by a few key members of the Trump administration in recent days, including Cassidy Hutchinson, a onetime aide to former chief of staff Mark Meadows who claimed to hear that former President Donald Trump tried to commandeer the vehicle in which he was traveling and lunged at the head of his security detail when he was told he could not join supporters at the Capitol on Jan. 6.