The Only SCOTUS Ruling Biden Is Happy About: 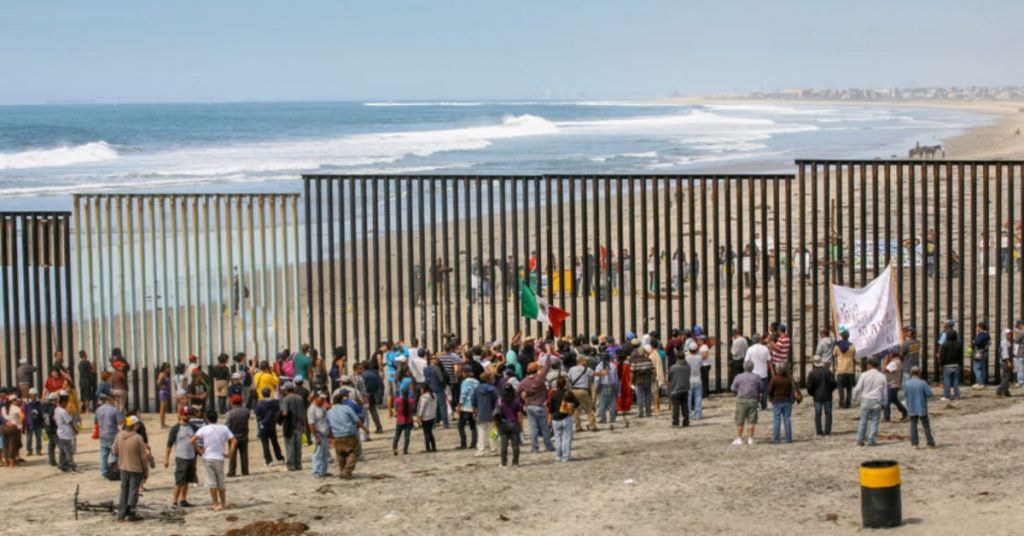 In a notable win for the Biden White House, the Supreme Court governed Thursday that the administration can do away with the Trump-era “Remain in Mexico” policy, which has caused many asylum-seekers to wait south of the border for their immigration hearings.

The 5-4 majority, led by Chief Justice John Roberts, found that a federal appeals court was wrong to require the Department of Homeland Security to continue operating the program — formally known as the Migrant Protection Protocols — while the case made its way through the courts.

“Nothing prevents an agency from undertaking new agency action while simultaneously appealing an adverse judgment against its original action. That is particularly so under the circumstances of this case,” Roberts wrote in the court’s opinion, which was joined by fellow conservative Brett Kavanaugh and liberals Stephen Breyer, Sonia Sotomayor and Elena Kagan.

In a separate concurrence, Kavanaugh wrote that when there is insufficient detention capacity, both releasing asylum-seekers into the United States and sending them back to Mexico “are legally permissible options under the immigration statutes.”

The administration had often tried to end the policy, claiming that it was a poor tool for deterring migration, exposed migrants to unacceptable risks, and detracted from the Executive Branch’s right to manage the borders as it saw fit.

President Biden first halted the MPP instantly after taking office and the Department of Homeland Security issued a first memo concluding the policy in June 2021.

The White House asked the Supreme Court hear the case after a lower court judge ordered the policy to continue in response to a lawsuit from Texas and Missouri, saying the administration had followed “no input from Congress, no ordinary rulemaking procedures, and no judicial review.”

In October, the department produced a memo describing additional reasons to stop the policy, but the lower court was unmoved.

About 70,000 people were registered for the program after President Donald Trump launched it in 2019 as part of his efforts to deter illegal migration. The program continued in December, but the administration has registered only 7,259 migrants in the program, about 60% of which are Nicaraguans.

For comparison, U.S. authorities stopped migrants 1.2 million times on the Mexico border from December through May.

Mark Krikorian, the executive director of the conservative Center for Immigration Studies, told The Post Thursday evening that the administration had only barely complied with the lower court order to renew the program, with the main goal of forestalling a contempt citation rather than sending asylum claimants back to Mexico.

“Getting rid of [MPP] doesn’t make that much of a difference, since the administration complied only nominally,” Krikorian said. “It sends a bad message … but what will really cause the [migration numbers] to surge is if Title 42 goes away. Then it’s Katie bar the door.”