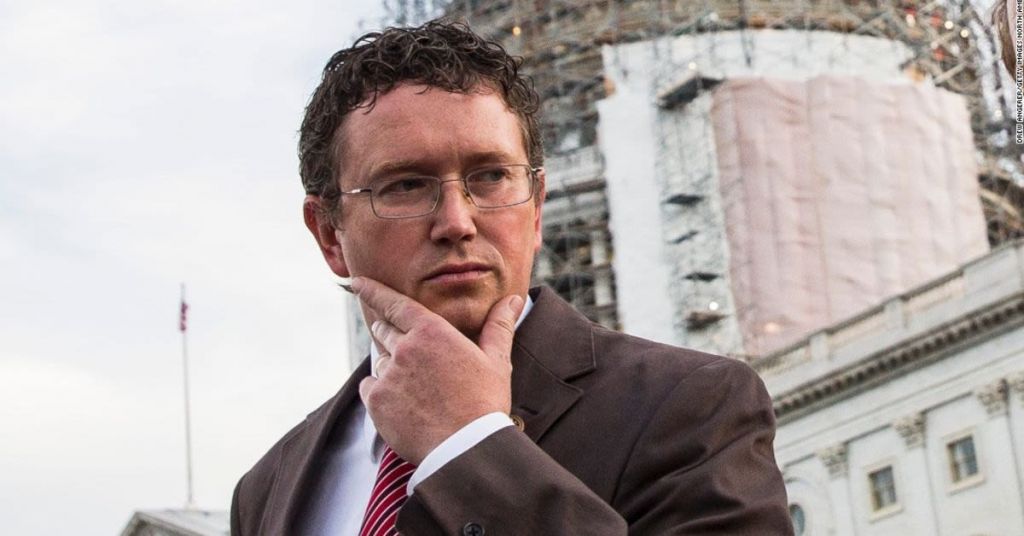 Massie’s admission comes against the backdrop of the ongoing January 6 Committee hearings and claims from Congresswoman Liz Cheney that several Republicans had preemptively asked Trump for pardons — exactly because of their actions related to the Capitol riot.

“I have an admission to make,” Massie tweeted. “I asked Trump for TWO pardons and a commutation, and I ask the same of Biden. Pardon Julian Assange and Edward Snowden, and commute the sentence of Ross Ulbricht.”

Assange, who now faces possible eviction from the United Kingdom to the United States, leaked military secrets via Wikileaks and has spent the last several years imprisoned in the U.K. He was previously removed from Ecuador’s embassy in London in 2019. The U.S. Justice Department has filed charges against Assange pursuant to the Espionage Act, claiming that the documents he released were classified.

President Trump reportedly considered a pardon for Snowden — a move strongly opposed by then-Attorney General William Barr — who was a former National Security Agency contractor charged with leaking classified information. Snowden leaked documents to journalists in 2013 indicating that an NSA terrorist-tracking program had also collected data from millions of Americans’ phone calls. He claimed that he leaked the information because the data collection was a civil rights violation — and after he leaked the information he fled the U.S., heading to Hong Kong and then to Russia.

Ross Ulbricht is currently serving two life sentences plus 40 years without parole for his role in creating and operating the dark-net market site Silk Road. The anonymous site — which used bitcoin in order to keep sales untraceable — fostered illegal sales of narcotics and other things. Ulbricht used the site from 2011-2013 until he was arrested, and in 2015 he was sentenced for conspiracy to commit money laundering, conspiracy to commit computer hacking, conspiracy to traffic fraudulent identity documents, and conspiracy to traffic narcotics by means of the internet.

Moreover, with his earnest request for Ulbricht’s commutation and pardons for Snowden and Assange, Massie appeared to be poking fun at the January 6 Committee and the claims that Republicans had begged Trump for pardons for themselves.

Congressman Adam Schiff doubled down on the claim during a recent CNN appearance, telling anchor Dana Bash that he did have evidence of those requests but declining to unveil any of the names or even how many submissions there were. He claimed at the time that he did not want to “get ahead” of the hearings.