Must See: Trump's Reaction To The 'Bombshell' J6 Testimony 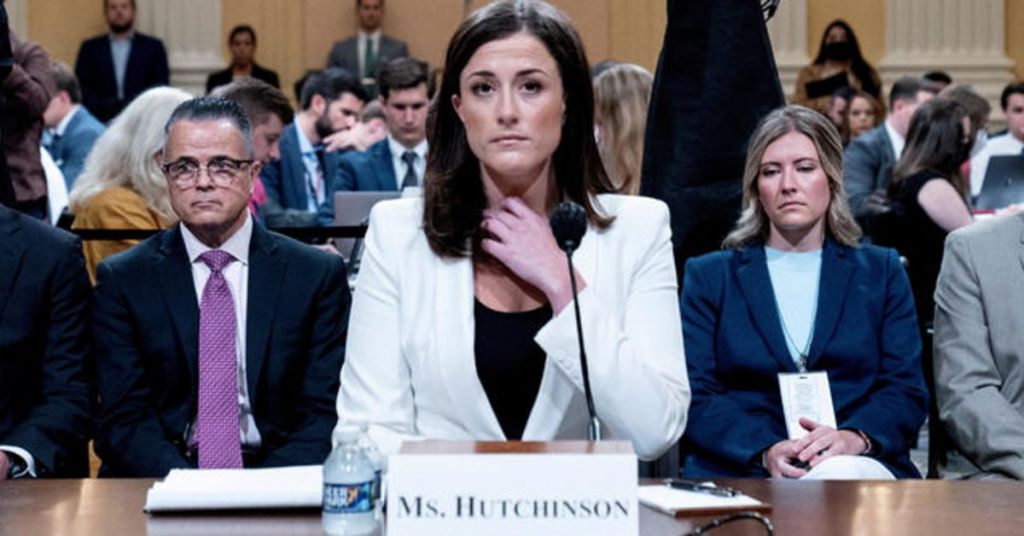 Former President Donald Trump, in an exclusive interview with Newsmax, went hard against claims made by former White House aide Cassidy Hutchinson, who had worked for Trump's chief of staff Mark Meadows, calling her testimony to the House select committee investigating the Jan. 6, 2021, incidents at the U.S. Capitol "absolutely crazy."

"This committee is, a lot of people say, illegally formed," Trump told Newsmax's Rob Finnerty in an interview airing Thursday on Newsmax's "Wake Up America."

Trump was offended by Hutchinson's testimony claiming that he'd tried to compel his Secret Service detail into taking him to the Capitol while the protests were happening and when they wouldn't comply, taking the steering wheel of the presidential limousine, "The Beast," and then reaching for the throat of the man leading his Secret Service detail, Bobby Engel.

"This lady, yesterday — is there something wrong with her?" Trump said, not repeating Hutchinson's name. "She said I jumped from a car, I started strangling a Secret Service agent? I grabbed the steering wheel of a car? Said I wanted guns at my rally? I didn't want guns. I have to speak, too."

He pointed out that the Secret Service had come out and called Hutchinson's story "totally false."

"The woman is living in fantasy land," said Trump. "She's a social climber, if you call that social. I think it's just a shame that this is happening to this country, and we don't have any Republicans up there to dispute it. We have one who quit [Adam] Kinzinger, we have another one who's down by 35 points in Wyoming [Rep. Liz Cheney]. She's a total disaster, she's a train wreck, but think of it. Nobody to cross-examine."

He claimed that his detail are "great people" who have devoted their lives to their service, and he thinks they were embarrassed by Hutchinson's testimony "because it makes them sound terrible."

Trump also condemned Hutchinson personally, pointing out that she was a "big Trump fan" who wanted to work for him in Florida after he left the White House but "we chose not to bring her down."