Must See: As Country Spirals In Wrong Direction, Biden Official Admits Its All Part Of The 'Liberal World Order' 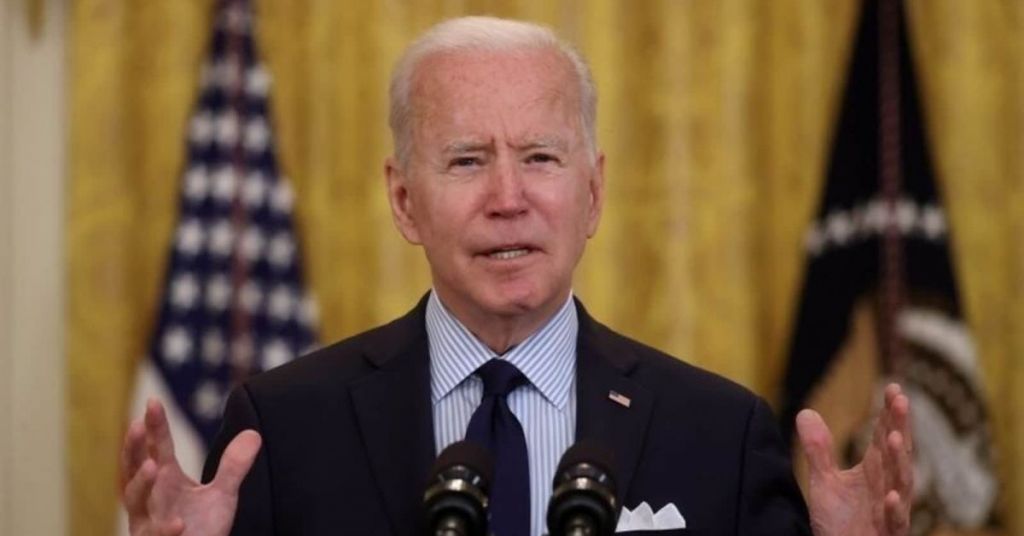 President Joe Biden faces hard numbers, as nearly 85% of U.S. adults feel the country is progressing in the wrong direction, according to a new poll - and yet when faced with that Poll, a Biden administration official admits that this is all a scheme to bring America into 'the Liberal world order', saying there is a price to pay for progress.

In a survey conducted by the Associated Press-NORC Center for Public Affairs, 92% of Republicans feel the nation is heading in the wrong direction, and 78% of Democrats feel the same way.

With inflation and gas prices shaking the economy, adults across the board see the direction of the economy as gloomy. Eighty-one percent of adults perceive the economy as poor. Broken down by party, 67% of Democrats have this view, while 90% of Republicans do.

These numbers are quite higher from what the poll found last year, when only 37% of Democrats and 68% of Republicans felt negative about the economy.

"The nationwide poll was conducted June 23-27, 2022 using the AmeriSpeak® Panel, the probability-based panel of NORC at the University of Chicago. Online and telephone interviews using landlines and cell phones were conducted with 1,053 adults," according to a post from AP-NORC. "The margin of sampling error is +/- 4.0 percentage points."

According to a poll conducted in May, Americans were increasingly negative about the direction of the country and the condition of the national economy. President Joe Biden’s approval rating dropped slightly over the past month to the lowest point of his presidency so far, with 39% approving now compared to 45% the former month.

Twenty-two percent described the national economy as good, also the lowest of Biden’s presidency. Worries about inflation, already high in March, have increased.

Most Americans, 78%, agree the county is moving in the wrong direction. That’s up from 70% in the April AP-NORC poll. The increase in the dire outlook was driven mainly by Democrats. Since Biden’s inauguration, few Republicans have been positive about the direction of the country.

Seventy-eight percent of adults consider the national economy to be in poor condition, up from 70% last month. Again, the increase in negative perceptions of the economy has come from Democrats. In April, 47% of Democrats and only 10% of Republicans described the national economy as good. In the latest survey, 35% of Democrats say national is good. Republicans also decreased slightly, to 7%.

More Americans continue to reject President Biden’s job overall, his handling of the economy, the U.S. relationship with Russia, and immigration.

Slightly more still approve than disapprove of Biden’s handling of the Coronavirus pandemic. Management of the pandemic has long been Biden’s strongest issue, though far fewer approve now compared to the early months of his presidency, when more than 7 in 10 approved.