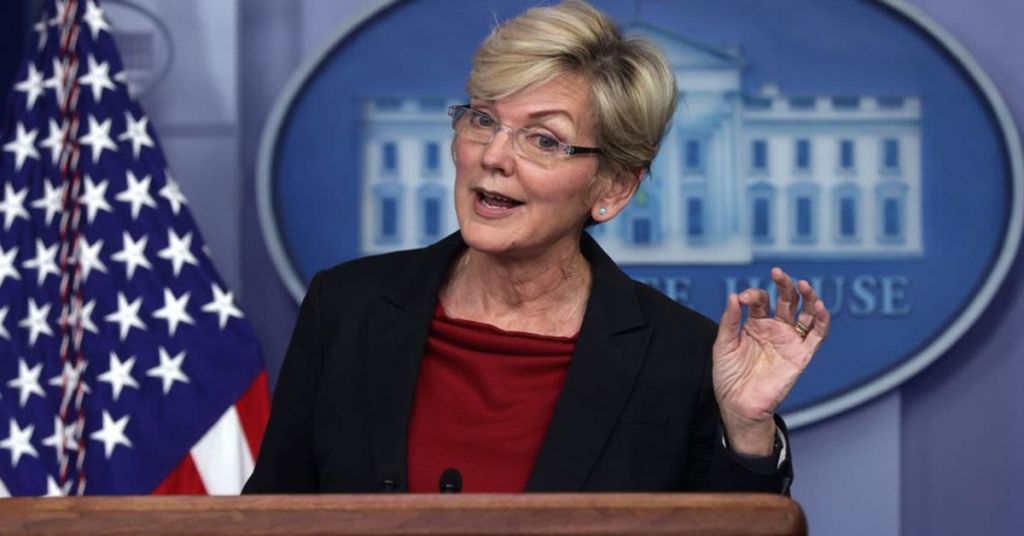 The OSC announced that Granholm explicitly endorsed Democratic Party candidates throughout an Oct. 6 interview in her official capacity with media outlet Marie Clare, according to a response letter addressed to the Foundation for Accountability & Civic Trust (FACT) on June 9. FACT requested that the OSC investigate the matter soon after the interview was published.

Throughout the interview, Granholm commented that it was "good news" voters gave Democrats majority control of the House and Senate in 2020.

"OSC has concluded that Secretary Granholm engaged in political activity when she gave this response promoting the electoral success of the Democratic Party," Erica Hamrick, the deputy chief of the OSC's Hatch Act Unit, wrote to FACT.

"While she then attempted to backpedal by stating that she was using 'Democrats as a substitute' for certain policies, at bottom she told listeners that they needed to vote for Democrats so that more Democrats would be elected to pass the legislation they wanted," Hamrick went on. "Her attempt to backpedal does not change the meaning of her words or undo the fact that she was talking about the Democratic Party throughout her statement."

Hamrick continued that the OSC determined Granholm ultimately "engaged in activity directed at the success of the Democratic Party" and, therefore, broke the Hatch Act’s use of official authority prohibition. The 1939 law restricts how much federal employees can participate in partisan political activity.

Although, the OSC decided that disciplinary action wasn't necessary in response to Granholm's violation. Hamrick stressed that Granholm hadn't received "significant" training on the Hatch Act before the October interview, but that it would still send a warning letter to the energy secretary saying further violations could result in action.

"The Hatch Act is a very important law and it does maintain separation between government politics, and that protects both the citizens' trust in government and taxpayer funds from abuse," FACT Executive Director Kendra Arnold explained to Fox News Digital in an interview. "So, even though this was a singular finding and a singular interview, it is a really important issue."

After this piece was published, a DOE spokesperson varified to Fox News Digital in an emailed announcement that the OSC recently advised Granholm of the violation.