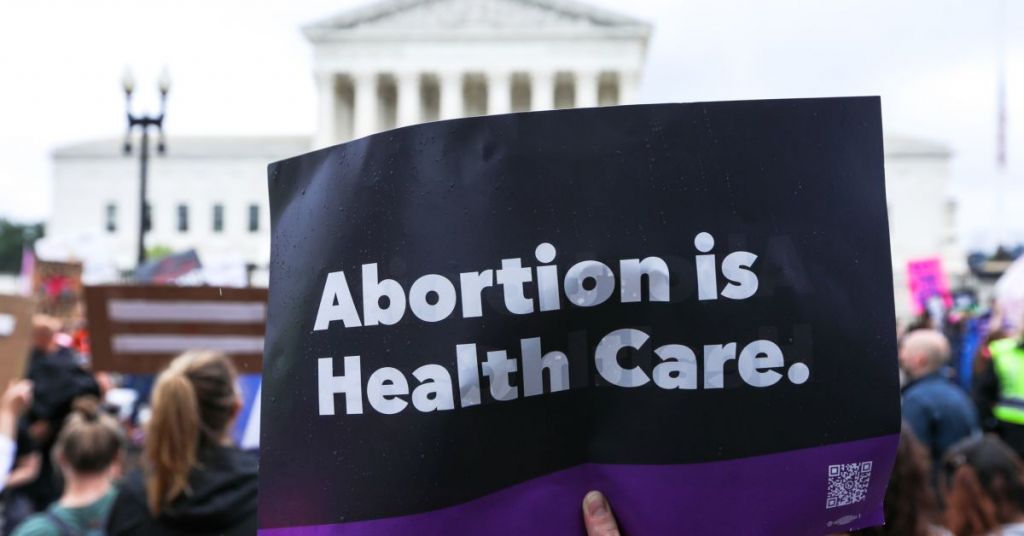 law had been barred in federal court shortly after lawmakers enacted it in 2020. After the Supreme Court's ruling in Dobbs v. Jackson Women's Health Organization, Tennessee Attorney General Herbert Slatery filed an emergency motion asking the court to let the state execute the law.

Several states have passed laws banning abortion at six weeks, the time when a fetal heartbeat can often be revealed. Before Friday's ruling, those laws came under fire for prohibiting abortion at a time when some women were still oblivious that they were even pregnant.

With the Dobbs ruling, Tennessee is expected to pass an even tougher regulation, as the state has a trigger law on the books that ban abortion outright in the event that Roe v. Wade is overturned. The law says it takes effect 30 days after the Supreme Court's ruling.

Both the trigger law and the current six-week ban provide exceptions for when an abortion is needed to prevent the mother from dying or from having "serious risk of substantial and irreversible impairment of a major bodily function."

On Monday, a Louisiana state judge issued a temporary block against that state's trigger law banning abortion, allowing abortions to continue at least until a hearing on July 8.

The high court repealed the ruling of Roe on Friday, with Justice Samuel Alito writing an opinion supporting Mississippi's ban on abortion after 15 weeks of gestation.

"We have a duty to 'correct the error' established in those precedents," the justice said.

Democrats, including President Joe Biden, have cautioned that Friday's decision in Dobbs v. Jackson Women's Health Organization could lead to the high court reversing other precedents established under the Constitution's due process clause.

"Mark my words: They are going to go after the Supreme Court decision on same-sex marriage," Biden said last month at a Democratic National Committee fundraiser in Chicago.