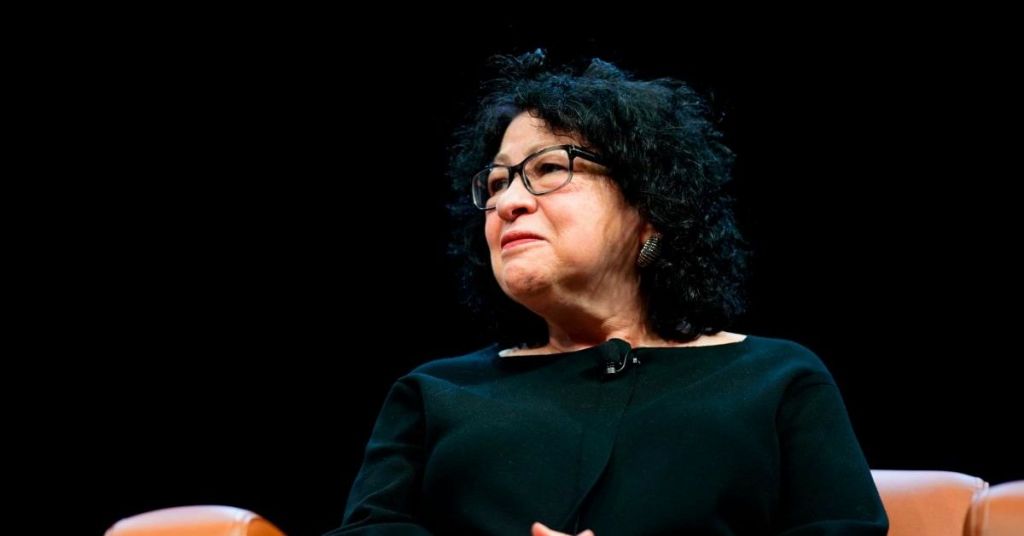 Justice Sonia Sotomayor Monday accused the conservative majority on the Supreme Court of not evaluating the "separation of church and state" in a sentence for a high school football coach who was dismissed over postgame prayers.

Sotomayor was followed by Justices Stephen Breyer and Elena Kagan, dissenting in the 6-3 decision in the case called Kennedy v. Bremerton School District. The majority concluded that the coach, Joseph Kennedy, "was entitled to summary judgment on his First Amendment claims" in a lawsuit in which the coach was suing to get his job back.

However, the liberal justices said the majority was highlighting this single individual's rights too much when another part of the Constitution was also implicated.

"Official-led prayer strikes at the core of our constitutional protections for the religious liberty of students and their parents, as embodied in both the Establishment Clause and the Free Exercise Clause of the First Amendment," Sotomayor wrote. "The Court now charts a different path, yet again paying almost exclusive attention to the Free Exercise Clause’s protection for individual religious exercise while giving short shrift to the Establishment Clause’s prohibition on state establishment of religion."

Sotomayor said the decision "does a disservice" to schools, children, and "our Nation’s longstanding commitment to the separation of church and state."

"Respect for religious expressions is indispensable to life in a free and diverse Republic," Gorsuch wrote. "Here, a government entity sought to punish an individual for engaging in a brief, quiet, personal religious observance… And the only meaningful justification the government offered for its reprisal rested on a mistaken view that it had a duty to ferret out and suppress… religious observances even as it allows comparable secular speech."

However, Sotomayor and her fellow liberal justices in their dissent said the majority is fundamentally twisting the facts.

They said Kennedy's regular prayers at the 50-yard-line after games, which the district court discovered ended in students feeling some coercion to join him, effectively became part of the school-sponsored event. Further, the justices said, the fact students were involved adds an increased obligation on Kennedy to remain secular.