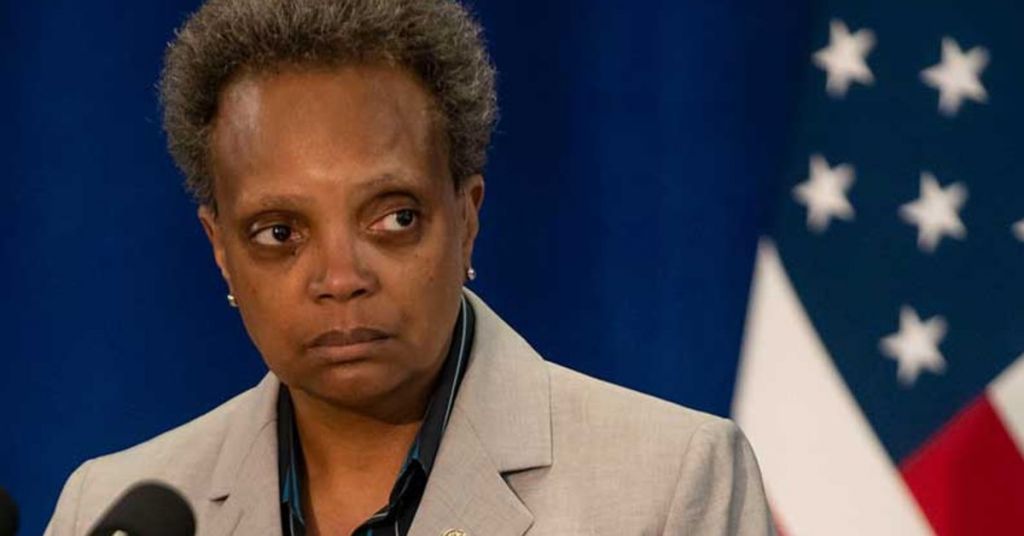 Chicago Mayor Lori Lightfoot is standing by her profane attack on Supreme Court Justice Clarence Thomas after she shouted "F--- Clarence Thomas’" at a Pride event in the city over the weekend.

The democrat took to twitter Monday evening to protect her use of profanity after the clip of her at the Pride event went viral. Lightfoot tweeted a photo of herself at the event pointing to a person in the audience wearing a T-shirt that read "F--- Clarence Thomas." Lightfoot simply captioned the picture, "I said what I said."

The mayor of the third-largest city in the nation was talking on stage at the city's Pride Fest. She started by stating, "If you read Clarence Thomas’ concurrence." Someone then yells at the mayor from the audience to which she replies, "Thank you. F--- Clarence Thomas. He thinks that we are going to stand idly by while they take our rights – our right to marry – our right to have children – our right to live."

The backlash to Lightfoot's attack on Justice Thomas was swift. Many mayoral challengers came out to express their scorn.

"It’s pretty embarrassing. There’s ways to criticize without inciting people to mob action," Former Chicago Public Schools CEO Paul Vallas said, according to Fox 32 Chicago. "Even if you were echoing what somebody else said in the crowd, it’s dangerous and totally inappropriate. You’re almost trying to agitate people to violence when you think about it."

Chicago businessman Willie Wilson agreed. "Using that kind of language just, in my opinion, encourages violence. I condemn all things that would make anybody feel or give the impression of violence. That just ain’t the way to go."

Alderman Ray Lopez stated the vulgar comment demonstrates that Lightfoot lacks the temperament to serve as mayor of Chicago.

"Either you’re pandering just to get votes or you have no respect for the office you hold," Lopez announced. "It’s undignified and it’s beneath the city of Chicago to act in this manner — especially in public. It takes vulgarity to a whole new level and further diminishes the office and the respect we hope people have for it. She needs to apologize. Our youth, our future leaders watch her actions. To normalize this kind of vitriol response when you don’t get your way is just bad leadership, albeit a hallmark of her administration."