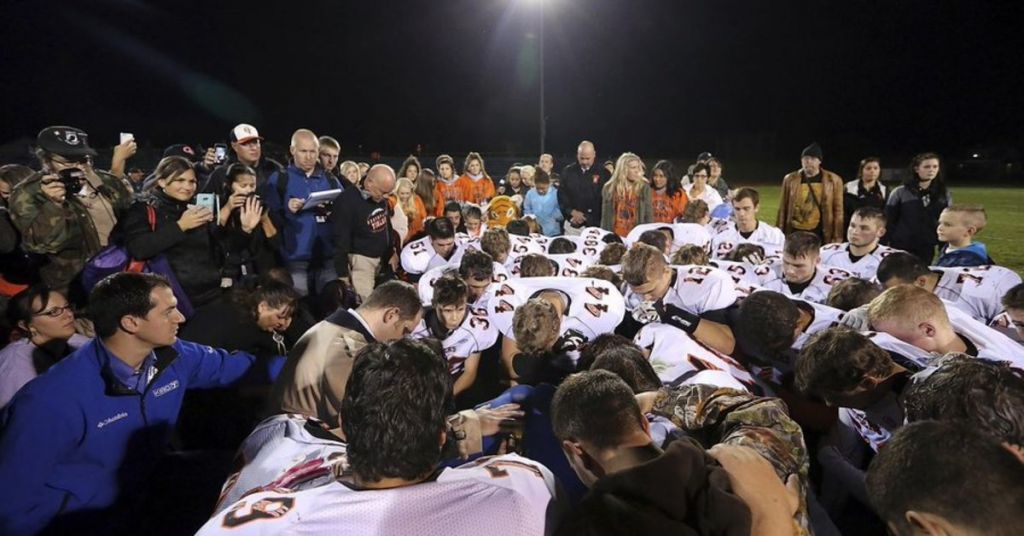 The U.S. Supreme Court on Monday extended the religious power of government workers by choosing in favor of a Christian former public high school football coach in Washington state who sued after being suspended from his job for denying to halt conducting prayers with players on the field after games.

The justices in a 6-3 decision sided with Joseph Kennedy, who until 2015 was a part-time assistant football coach in the city of Bremerton and has since become a cause celebre for conservative Christian activists.

The court's conservative justices were in the majority and its liberal members in dissent.

The decision, written by Justice Neil Gorsuch, dismissed the local school district's concerns that in a public school setting Kennedy's prayers and Christian-infused speeches could be seen as coercive to students or a governmental endorsement of a particular religion in violation of what is known as the establishment clause of the First Amendment.

The Supreme Court held that Kennedy's actions were backed by his own rights under the First Amendment, which protects free speech and religious expression.

"Respect for religious expressions is indispensable to life in a free and diverse republic - whether those expressions take place in a sanctuary or on a field, and whether they manifest through the spoken word or a bowed head," Gorsuch wrote.

The justices rolled back a lower court's ruling siding with the school district, which suspended Kennedy in 2015 after he repeatedly disobeyed directions from officials to stop the post-game prayers while on duty and rebuffed their offers for him to use private locations in the school as an alternative.

Gorsuch said that the district's "reprisal" against Kennedy "rested on a mistaken view that it had a duty to ferret out and suppress religious observances even as it allows comparable secular speech. The Constitution neither mandates nor tolerates that kind of discrimination." In comparison, liberal Justice Sonia Sotomayor said the court was again giving "short shrift" the establishment clause when weighed against individual rights.

The Bremerton School District claimed that Kennedy "made a spectacle" of delivering prayers and speeches, invited students to join him and courted media attention while acting in his power as a government employee. Some parents said their children felt forced to participate.

The San Francisco-based 9th U.S. Circuit Court of Appeals last year ruled against Kennedy, finding that local officials would have violated the First Amendment's ban on government establishment of religion if they let his actions continue.

Kennedy was a coach at his alma mater, Bremerton High School, from 2008 to 2015. His lawyers assert that he "lost his job" because of his actions, suing in 2016. Kennedy sought a court order to be reinstated as a coach, accusing officials of religious discrimination and violating his free speech rights.