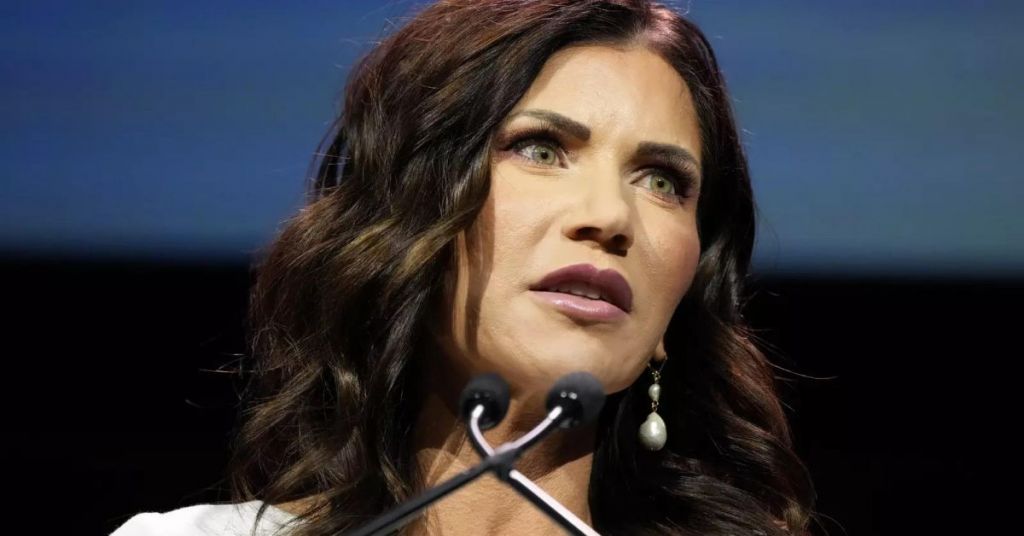 Noem told host Margaret Brennan on CBS’s “Face the Nation” that she brought a law forward in her state to ban the telemedicine appointments to block women from buying prescription abortion pills online and receiving them through the mail.

“These are very dangerous medical procedures,” Noem argued. “We don’t believe it should be available because it is a dangerous situation for an individual without being medically supervised by a physician.”

The Supreme Court overturned Roe v. Wade on Friday, giving states the future of abortion rights back to determine whether they want to ban abortion procedures or tighten restrictions.

South Dakota enacted a trigger law that went into effect directly after Roe was overturned.

The state’s law bans abortions except for saving a mother’s life and makes it a felony to perform the procedure.

Since the U.S. Food and Drug Administration has approved the abortion pills mifepristone and misoprostol, a legal fight is likely to ensue between GOP states pushing to restrict access to the pills and the federal government under the Biden administration.

Attorney General Merrick Garland on Friday said the Department of Justice will protect women’s abortion rights and their capacity to get the pills.

Noem on Sunday said the Biden administration has “been overstepping its authority” and states will now decide what restrictions on abortions they wish to pass.

“The Constitution does not give a women the right to an abortion,” Noem told Brennan on CBS. “The power to make these decisions really goes to each individual state.”

"Let's remember that today is a wonderful day. Today is a day of good news, something that many people have waited many, many years to have happen, that lives would be saved. In South Dakota, we had a trigger law already in statute, and what it said was that abortions would be illegal except to save the life of a mother at the moment that Roe v. Wade was overturned," she said.

"So as of today, that trigger law goes into effect. And we are focusing a lot on supporting mothers — on supporting individuals who find themselves in an unplanned pregnancy or a crisis situation and making sure that we're connecting them to the resources that we have," she concluded.