Amazon To Start Drone Use In This State 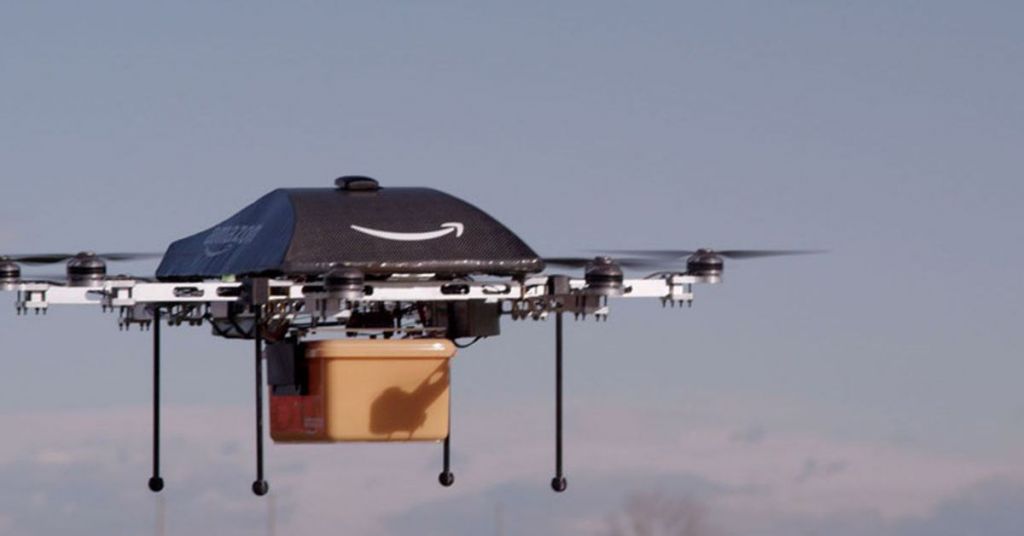 Amazon announced that it will start practicing the use of drones for shipments to customers in a California city later this year.

Prime Air will start drone deliveries in Lockeford, California, about 50 miles south of Sacramento. The Hill reports that Amazon is working to get permission from both local officials and the Federal Aviation Administration (FAA) to start the drone deliveries.

Prime Air is one of three drone companies to make an FAA air carrier certificate.

In its announcement, the company pointed to Lockeford's aviation history, since Weldon B. Cooke, who both built and piloted early aircraft in the 1900s, lived there.

"Now, over a century later, residents will get the opportunity to sign up for free drone delivery on thousands of everyday items," the announcement stated.

California State Assemblyman Heath Flora said that "Lockeford residents will soon have pass to one of the world's leading delivery innovations. It's exciting that Amazon will be listening to the feedback of the San Joaquin County community to inform the future development of this technology." The city is located in Flora's district.

According to the company, after a customer is "onboarded" and orders a package, the drone will fly into their backyard, drop the package and then fly away. The drones can carry up to five pounds.

The promise of drone delivery has usually been handled like science fiction. It has taken almost a decade to make it a reality.

The hardest part is: How do you get items to customers quickly, cost-effectively, and—most importantly—safely, in less than an hour? And how do you do it in a way that can expand? It’s relatively easy to use existing technology to fly a light payload a short distance that’s within your line of sight, but it’s a very different challenge to build a network that can deliver to customers across large communities.

Teams of hundreds of scientists, engineers, aerospace professionals, and futurists have been endeavoring to do just that—and later this year, Amazon customers living in Lockeford, California, will become among the first to obtain Prime Air deliveries.

Lockeford has historical links to the aviation industry. The community holds one of the early pioneers of aviation—Weldon B. Cooke, who built and flew early planes in the early 1900s—as a former resident. Now, over a century later, residents will get the opportunity to sign up for free drone delivery on thousands of everyday items.

Lockeford residents will engage in a crucial role in defining the future. Their feedback about Prime Air, with drones delivering packages in their backyards, will help us create a service that will safely scale to meet the needs of customers everywhere—while adding another innovation milestone to the town’s aviation history.

As the service is launched in Lockeford, Amazon is also investing in the community, creating new jobs, building partnerships with local organizations, and helping reduce carbon emissions—all thanks to this futuristic technology that could one day become just as common as seeing an Amazon delivery van pull up outside your house.

"Lockeford residents will soon have access to one of the world's leading delivery innovations,” said California State Assemblyman Heath Flora, whose district includes Lockeford. "It's exciting that Amazon will be listening to the feedback of the San Joaquin County community to inform the future development of this technology."

Amazon is working with the Federal Aviation Administration (FAA) and local officials in Lockeford to obtain permission to conduct these deliveries and will continue with that collaboration into the future.