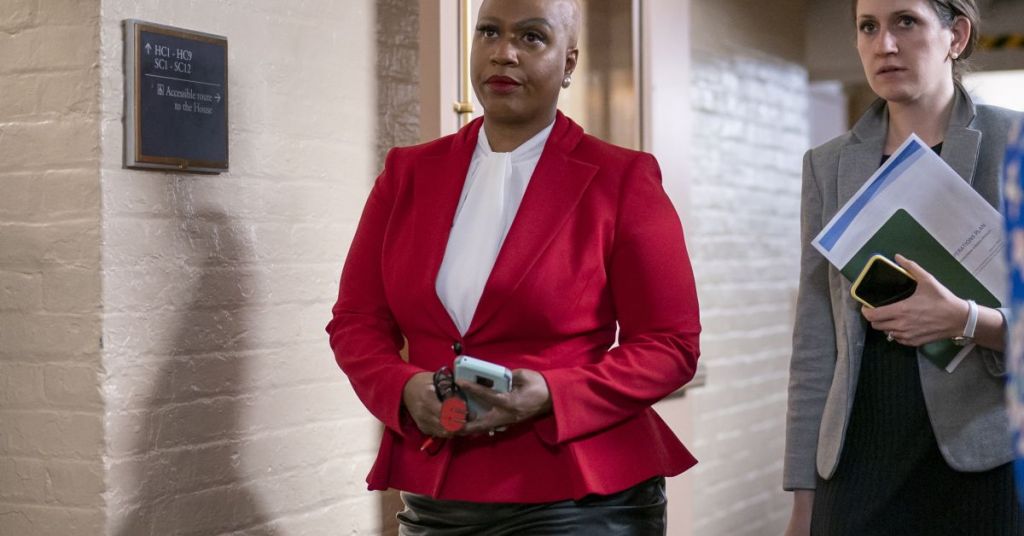 On Friday’s broadcast of MSNBC’s “Hallie Jackson Reports,” the aforementioned stupid Representative, Ayanna Pressley (D-MA) expressed outrage at the conversation over banning a abortion “in a country that does not have paid leave, that does not have child care, on the heels of a baby formula shortage.”

Pressley declared that Vice President Kamala Harris’ reaction to the conclusion “gave voice to the anger, the sense of betrayal that everyone who values freedom, the constitutional right to health care — and abortion care is health care — is feeling at this moment. And that vulnerability will be disproportionately borne by our most marginalized.

"We know there is a black maternal morbidity crisis. This is an issue that Vice President Harris has led on. Black women are three to four times more likely to die in childbirth. We know that for those that do not have the means to travel to safe haven states, they will be left with no options. And so, this is a matter of life and death for our LGBTQ siblings, for the disabled, for low-income women, for women of color, for black women, the fact that we find ourselves — as she said — with fewer rights this evening than we started with this morning, that we could be talking about forced birth in a country that does not have paid leave, that does not have child care, on the heels of a baby formula shortage.”

“The decision is administered by states. My administration is going to focus on how they administer it and whether or not they abide by their own law,” Biden said.

In an address Friday, the president criticized the “extreme and dangerous path the court is now taking us on.”

Biden’s Saturday comments came as he signed the landmark gun control measure before departing for the G-7 Summit in Germany.

“Today, we say more than enough,” he announced. “Nothing is going to fill that void in their hearts, but they have led the way, so others won’t have to endure the same thing,” Biden stated.

The law includes narrow limitations on firearm ownership that are supposed to keep guns out of the hands of people undergoing mental health crises.