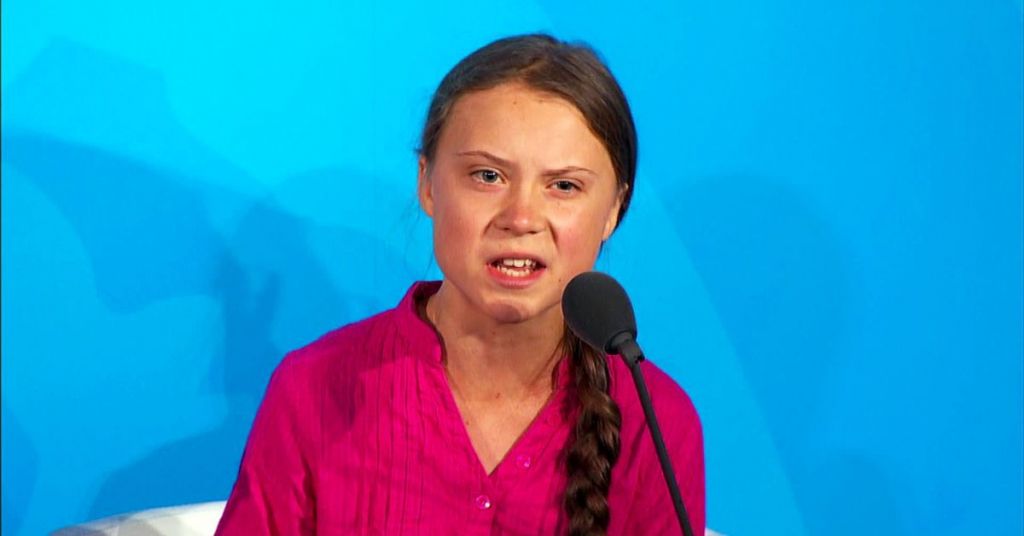 Greta Thunberg abandoned the foul language today as she addressed revelers at Glastonbury, cautioning them that they face a "total natural catastrophe" driven by the "forces of greed."

The 19-year-old Swedish climate campaigner spoke at 5.15 PM from the Pyramid Stage and delivered an address regarding climate change stating the disaster is "not the new normal."

She called out "lying" political leaders, though declared "we can still avoid the worse consequences" and "together we can do the seemingly impossible."

"We are in the beginning of a climate and ecological emergency. This is not the new normal, this crisis will continue to get worse... until we prioritise people and planet over profits and greed," she announced.

She went on to say that "we need immediate drastic emissions reductions" and "we need to make fundamental changes to our societies."

'The forces of greed and profit and planetary destructions are so powerful that our fight for the natural world is limited to a desperate struggle to avoid a total natural catastrophe," she went on.

"We should be fighting for people and for nature, but instead we are fighting against those who are set on destroying it. Today our political leaders are allowed to say one thing then do the exact opposite."

"They can say we are in a climate emergency as they open up new coal mines, new oil fields, and new pipe lines. It has not only become socially acceptable for our leaders to lie, it is more or less what we expect them to do."

Thunberg's address came ahead of the release of her new book, The Climate Book, which is out on October 27. Her appearance was followed by a performance by California female rockers Haim.

It's unclear how she travelled to the festival from Sweden, where she has been organising school strikes.

The festivities - which have returned for the first time since Covid - started on Thursday, with thousands setting up camp by Tuesday.

An evaluated 200,000 revellers have flocked to Worthy Farm for the world's most iconic music festival.

In a Tweet, Greta announced: "I'm excited to announce that today I will be on the Pyramid Stage at Glastonbury 5.15 PM. See you there!"

A few minutes before Glastonbury Festival Tweeted: "We're very excited to announce that Greta Thunberg will be making a special appearance on the Pyramid Stage at around 5.15 PM today. Don't miss it!."

The Pyramid Stage has a backdrop showing Professor Ed Hawkins's warming stripes – a graph that represents the gradual increase in global temperatures over two centuries.

Back in 2019, there were murals of the environmental activist and school striker all over the festival with the slogan "What would Greta do?"