Fill 'Em Up - Buy On The Dip: Gas Prices Drop Below $5 But Experts Warn It Is Only Temporary 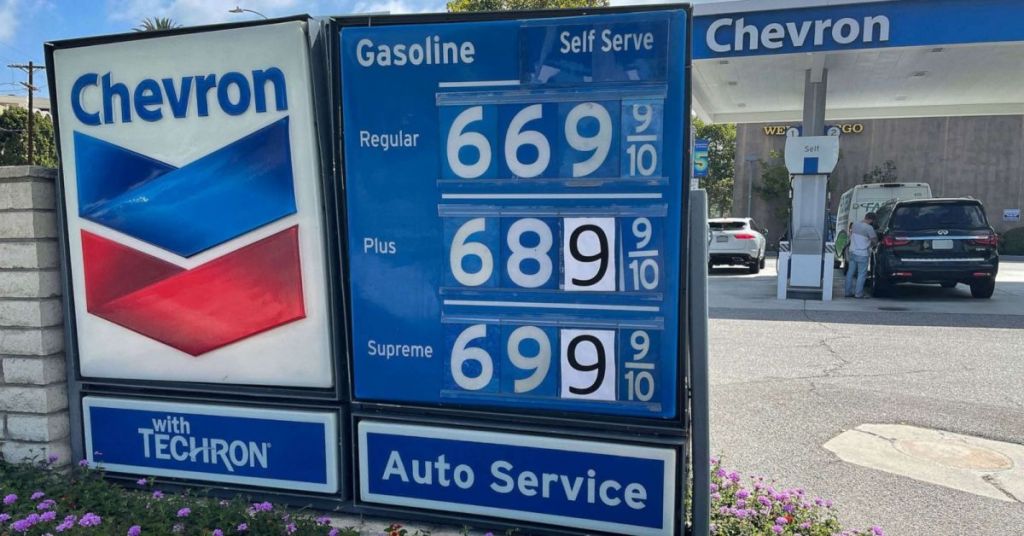 Gas prices are predicted to decline by up to 20 cents per gallon ahead of the July 4 holiday, yet analysts allege relief at the pump is just temporary.

Analysis by fuel price tracker GasBuddy shows a gallon of gas costs $4.91-a-gallon, as of June 25.

That is down from an all-time high of $5.03 on June 13, with GasBuddy stating they expect the price to proceed to fall - though just temporarily.

Despite the predicted decline, the reason for which has not been explained, fuel price tracker GasBuddy states Americans will pay the highest Independence Day gas prices ever.

GasBuddy experts further caution a "super spike" in fuel prices is probable to take place later in the summer because the "volatility in markets remains high."

The company's latest forecast comes as President Joe Biden called Congress to suspend the federal gas tax through September - a plan Republicans fight and even some Democrats dismiss, expressing concern the savings could end up in the pockets of oil companies rather than consumers.

Biden also called on oil companies to lower the cost of gas, claiming the country is in a "time of war" because of Putin's attack on Ukraine.

Although, Federal Reserve Chair Jerome Powell denounced the comment and argued Russia's attack on Ukraine was not the primary driver of increasing prices.

After culminating a national average fuel price of $5 per gallon only weeks ago, GasBuddy predicts U.S. gas prices will decline 10 to 20 cents a gallon by July 4.

"It's been a scorching summer at the pump with record prices set in every state," announced Patrick De Haan, head of petroleum analysis at GasBuddy, stated.

"Motorists should know that while we may see small relief today, risks remain that prices could go up at a moment's notice and set new records again."

De Haan stressed how many external factors could quickly influence the price of fuel in America.

"While we may see relief as we approach July 4, and potentially after, the volatility in markets remains high," he said. "We still could see a super spike in gas prices later this summer, should a hurricane threaten Gulf Coast oil refineries or oil platforms."

It is unclear what led to GasBuddy's prediction of an up to 20 cent per gallon decline as the company did not immediately reply to DailyMail.com's request for clarification.

Although, prices at the pump have been ticking down somewhat since their peak on June 11.

Regardless of the astronomical fuel prices, over 58 percent of Americans are nonetheless intending to take a road trip this summer.

Thirty-three percent of Americans polled in a recent GasBuddy poll further revealed they planned their road trip specifically over the Fourth of July holiday weekend.