G7: Next To The World's Leaders, Biden Looks Out Of Place And Overwhelmed 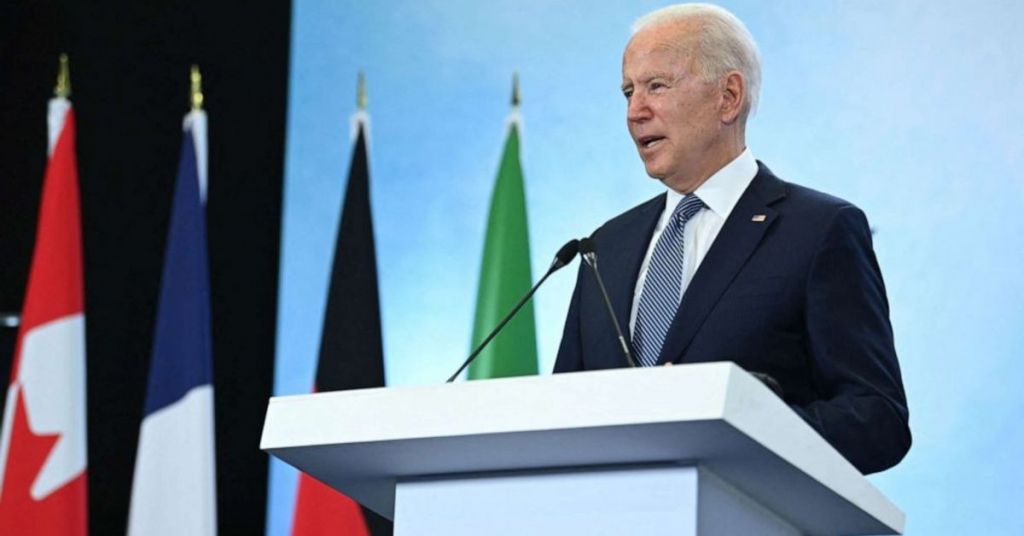 President Biden went to Germany Saturday for the G7 meetings with leaders of the world’s wealthiest country and since then it has been one embarrassment after another.

The top of the agenda has been Russia’s lasting war in Ukraine, which has roiled global energy markets for months. Russia was a member of the elite club (formerly the G8) before being discharged in 2014 over their annexation of Crimea.

Climate change, inflation, and food security were also discussed and this is when it got bad. Biden mentioned his intention to veto a bill brought by England's Boris Johnson that every other member supported - instead, Biden is peddling a woke bill that addresses food inadequacies with Brown people.

Though Biden has unified Europe in the fight to protect Ukrainian sovereignty from Russian aggression, experts explained that his domestic struggles at home may hinder his ability to guide the bloc.

“When Biden looks like he’s taking it on the chin at home, he’s constrained abroad,” Ian Bremmer, president of the Eurasia Group, a global risk assessment firm explained to the Los Angeles Times. “He has to be more focused now on ‘What can I bring back?’ than ‘What I can I show the world?’ That’s a harder position for an American president to be in.”

The G7 consists of Canada, France, Germany, Italy, Japan, the United Kingdom and the United States; the European Union is a “non-enumerated member.”

After several rounds of western sanctions, Moscow is feeling the pinch. Though while the fighting has gone eastward away from Kyiv, Moscow's incremental gains have led to rising US and European anxiety at the trajectory of the war.

At the same time, sanctions on Russian oil and gas have helped add to an increase in energy prices, leading to pain at the gas pump. And the war's effect on Ukrainian grain exports has led to a surge in food prices and the threat of a hunger crisis in poorer nations, a topic expected to be addressed this week.

The ensuing political fallout has led to questions over leaders' willingness to keep the pressure campaign as the war grinds on.

"Ukraine is going to loom large, and the big question is around whether this group is going to be able to take forward the sanctions," announced Matt Goodman, senior vice president for economics at the Center for Strategic and International Studies in Washington.

Zelensky will appeal for more sanctions and more military aid when he appears virtually at the G7 and NATO. And US officials announced Biden intends to reveal steps alongside other leaders to increase pressure on Russia for its attack -- though they refused to say what they would look like.

At the same time, Biden expects the group to discuss steps to stabilize energy markets, an issue one official announced would be at the "heart of the discussions" at the castle in the Bavarian Alps where the G7 is convening.

Biden and his fellow G7 leaders have agreed to declare an import ban on new gold from Russia, a source familiar with the announcement explained to CNN. Gold is Russia's second-largest export after energy.