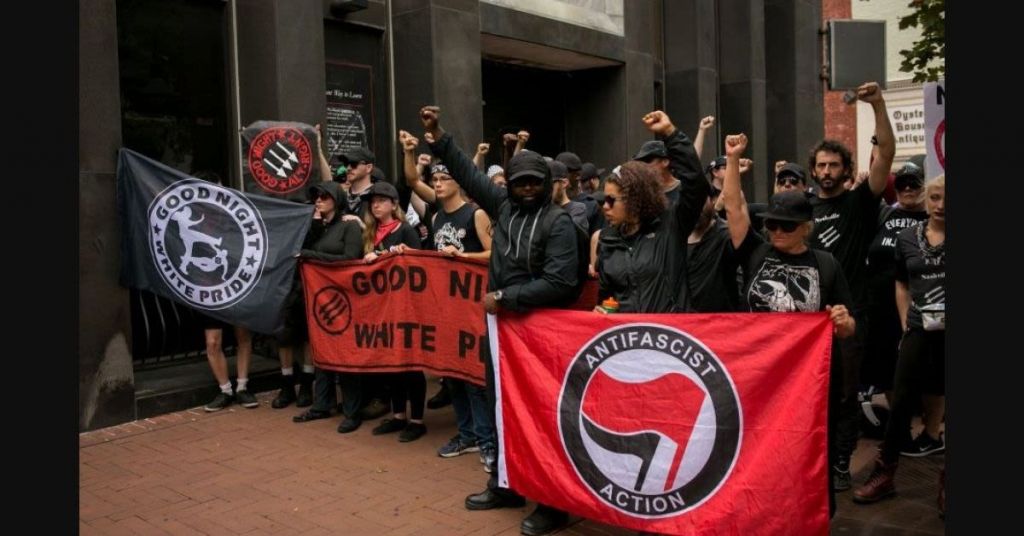 Antifa members in Washington, D.C., threatened to "burn it down" while protesting against the Supreme Court's decision overturning Roe v. Wade on Friday.

Members of the far-left militant movement followed protests in the nation's capital against the court's decision in Dobbs v. Jackson Women's Health.

"If we don’t get it, burn it down," the demonstrators chanted. In another call, they said, "Every city, every town, burn the precinct to the ground."

The protesters wore black clothing and held umbrellas; a process Antifa has used to protect their essences from the press and law enforcement.

A group of protesters also spray-painted "bans off our bodies" on the street outside the Supreme Court.

Antifa assembling in front of the Supreme Court comes after a day of demonstrations ahead of what has been cautioned will be a "Night of Rage" by far-left radicals.

Abortion clinics, pregnancy centers, churches and police are increasing security measures in some areas to prepare for the effect of the U.S. Supreme Court's Friday decision overturning Roe v. Wade.

Several pro-life organizations and churches have been damaged in the weeks advancing to the landmark decision that was preceded by an unprecedented leak from the Supreme Court signaling the overturn.

This week, an office building shared by pro-life organization Jackson Right to Life and Michigan Republican Rep. Tim Walberg's campaign was vandalized in an attack that appeared to be linked to the pro-choice extremist group Jane’s Revenge.

Nevertheless, the vandals had first focused on the wrong address, damaging a random person's home before actually making it to the office space.

Jane’s Revenge claimed responsibility for vandalizing Minnesota Citizens Concerned for Life last week with the same modus operandi of tagging the outside of the building with graffiti and breaking windows.

The Supreme Court followed through with its ruling on Friday, striking down Roe v. Wade in a 6-3 decision on the case Dobbs v. Jackson Women’s Health Organization.

An off-duty Rhode Island police officer who was running for state Senate was arrested on an assault charge after allegedly attacking his female opponent during an abortion rights protest Friday night.

Providence police patrolman Jeann Lugo, 35, was arrested on charges of simple assault and disorderly conduct, state police said Saturday. Lugo turned himself in, was arraigned, and released, it said.

Jennifer Rourke, who is running for the state’s 29th District, said she had finished speaking at a rally outside the state house in Providence on Friday when she was attacked by Lugo.