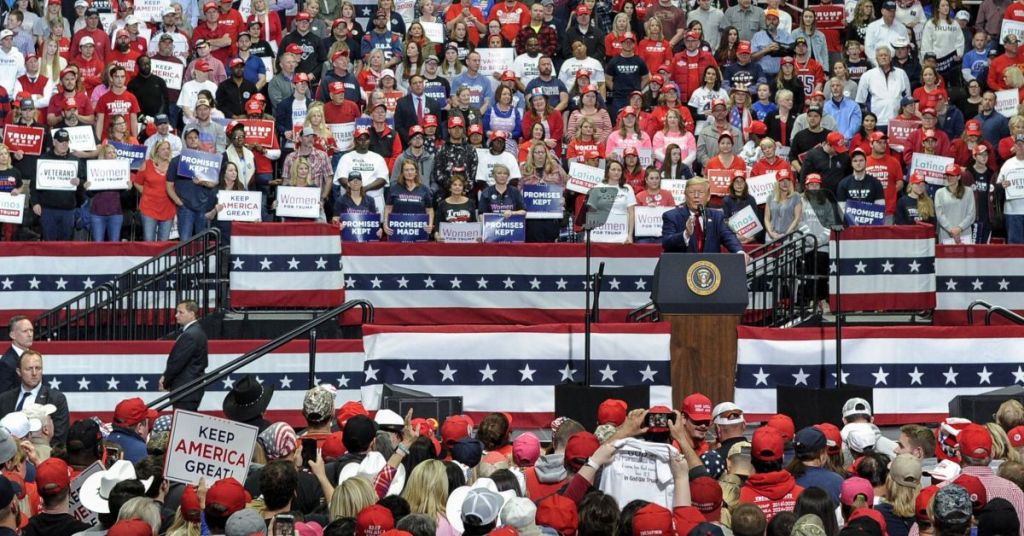 Hailing the "big news" of the Supreme Court's choice to bounce abortion back to the states, former President Donald Trump announced conservatives' decades of "love, sacrifice, and devotion has finally been rewarded."

"This breakthrough is the answer to the prayers of millions and millions of people, and these prayers have gone on for decades. For decades and decades they've been praying, and now those prayers have been answered to the generations of Americans in the pro-life movement, as well as countless constitutional conservatives."

"Your boundless love, sacrifice, and devotion has finally been rewarded in full."

Trump was appearing in the notoriously blue state of Illinois to stump for Rep. Mary Miller, R-Ill., against Rep. Rodney Davis, R-Ill., in Tuesday's GOP primary. Davis was denounced for having voted in backing of the House Jan. 6 "unselect committee."

"Remember that five months from now the people of your great state are going to vote to fire the radical left Democrats," Trump announced to a large crowd. "You're going to send in 'Ultra MAGA' — she's ultra MAGA; they gave us a great name — Congresswoman Mary Miller to fight for you in Washington."

"She's great. You're going to elect an incredible slate of rock-solid, courageous conservatives up and down the ballot."

Trump announced that "pro-MAGA" Miller is going to assist in ending House Speaker Nancy Pelosi's political career "once and for all."

"Together we are going to end Nancy Pelosi," Trump announced. "She's crazy. We're going to end her political career once and for all. Looks like it's coming to an end. It better come to an end. She's been so bad for our country."

Miller, taking the stage for some remarks, questioned, "Don't you miss President Trump?"

"Friends, to save America, we need to elect America first conservatives to Congress and then we need to get that weak and incompetent man out of the Oval Office and get president Trump back," Miller said to the crowd.

"Darren is just the man to take on and defeat one of the worst governors in America, J.B. Pritzker, of the world," Trump announced. "I did a deal with this guy for a long time on COVID. He was as bad as anybody there is. He did a horrible job. He locked everybody in and locked them up. He was a disaster. His numbers are terrible. Everybody is fleeing your state."