Joe Using Roe Decision As A Campaign Stump Speech, Thinks Americans Will Forget About Everything Else 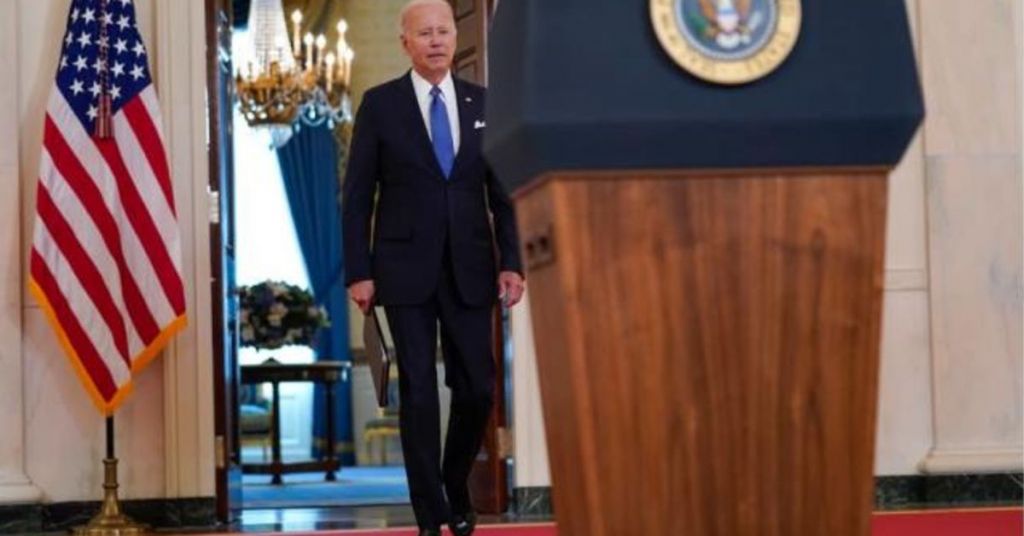 Joe Biden is so desperate to help save his party from an embarrassing showing in November, and the likely aftermath of him being forced to resign, that he is lying to the American public by telling them the biggest threat is from the conservative court - and only he can fix it.

This tactic of Biden's to put the Supreme Court’s decision overturning Roe v. Wade on the November ballot will test the President’s ability to deflect the public’s attention from the economy and inflation toward a highly fraught issue Democrats believe could prompt support in their direction. Or so he thinks.

In statements from the White House’s Cross Hall, Biden, followed by presidential portraits from over a hundred years, said repealing the 1973 decision was a life or death issue for women. He also argued that overturning Roe would have consequences for other constitutional rights many take for granted.

Biden was in the Oval Office when the ruling to end nationwide abortion access came down. According to a senior White House official, he was briefed by his chief of staff. After studying the decision, the President revised the draft of a speech he delivered shortly after noon.

Biden, stating the decision as an extreme assault on personal freedoms, said Congress would need to glorify Roe in federal law to keep its protections. First, however, Democrats would need to change the balance of power in the evenly divided Senate.

“Voters need to make their voices heard,” Biden said. “We need to restore the protections of Roe as law of the land. We need to elect officials who will do that.”

The appeal is “directly aimed at independents and suburban women,” said Donna Shalala, a former Florida congresswoman and secretary of health and human services during the Clinton administration.

However, the message goes beyond women, Shalala said, by enlivening concerns over extreme cases, such as states ending medically induced abortion or abortion in the case of incest or rape. She said the possibility of reversing orders on contraception, which would weigh on families, is another factor likely to draw outcry from a broader swathe of voters.

“As a campaign issue, we’re not going to campaign on 15 weeks or 20 weeks or whatever,” Shalala added.

Separately, Democrats claim that the high rate of abortions for black and other minority women makes protecting the right a matter of social justice.

During a Friday call with Democratic coalition members, a senior White House official said they intended to cast their response along racial and economic lines.

“Simply put, abortion access is about racial justice, and it is about economic justice. And that’s something that we’re going to make sure that we amplify ourselves,” Emmy Ruiz, Biden’s director of political strategy and outreach, said on the call with advocates.

Protesting the decision “to upend the scales of justice” on Friday, Biden pointed to his Republican predecessor. “It was three justices named by one president: Donald Trump,” Biden said, delivering a clear message about the power of elections to drive change.