Maybe If Someone Has Gender Identity Issues, The U.S. Navy Is Not For Them 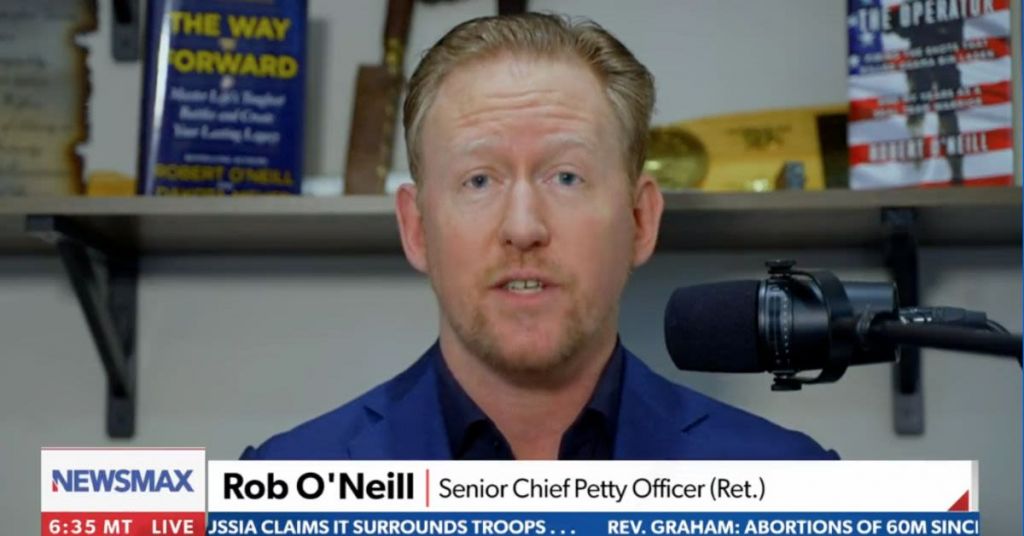 Filmed in the style of a children's show, the Navy's video is meant to highlight "the importance of using correct pronouns, as well as polite etiquette when you may not be sure of someone's pronouns," The Washington Free Beacon reports.

"Let me make it simple for the entire @USNavy: Your pronouns are shipmate/shipmates," Robert J. O'Neill, who served on the team that killed bin Laden, tweeted. "There. I just saved the taxpayers millions by avoiding ridiculously useless training. Anchors aweigh."

As of Tuesday afternoon, O'Neill's tweet had garnered 13,000 likes and had been retweeted 1,802 times.

Wearing rainbow-themed shirts, Naval Undersea Warfare Center engineers Jony Rozon and Conchy Vasquez introduce themselves as the video opens and explain why pronouns are important and how to create safe spaces for colleagues.

"Using the right pronouns is a really simple way to affirm somebody's identity," Rozon says. "It is a signal of acceptance and respect."

"If it is a signal of acceptance and respect, how do we go about creating a safe space for everybody?" Vasquez asks.

"That's a good question," Rozon replies. "A really good way to do that is to use inclusive language. Instead of saying something like, 'Hey, guys,' you can say, 'Hey everyone,' or 'Hey team.'"

Vasquez adds that including preferred pronouns in emails or when making introductions is another way to create a "safe space."

"But what would I do if I misgender someone?" Rozon asks.

"I think the first thing to recognize is that it's not the end of the world," Vasquez answers. "You correct yourself and move on or you accept the correction and move on. The most important thing I can tell you is you don't put the burden of making you feel good about your mistake on the person you just misgendered."

This isn't the first time O'Neill has slammed political "wokeness." Last June, he criticized President Joe Biden for claiming that white supremacists were a greater threat than the Islamic State terrorist group or al-Qaeda.

"As I said in my address to the joint session of Congress, according to the Intelligence Community, terrorism from white supremacy is the most lethal threat to the homeland today, not ISIS, not Al-Qaeda — white supremacists," Biden said during a press conference. "That's not me. That's the intelligence community under both Trump and under my administration."

"This is the most dangerously inaccurate statement I have ever heard from a president," O'Neill said. "More to follow, I'm sure."

Biden first described an evolving terrorist threat from Al-Qaeda and other jihadist groups, before pivoting to white supremacy.

“Make no mistake – the terrorist threat has evolved beyond Afghanistan since 2001 and we will remain vigilant against threats to the United States, wherever they come from. Al Qaeda and ISIS are in Yemen, Syria, Somalia, and other places in Africa and the Middle East and beyond,” Biden said in prepared remarks released by the White House.

“And, we won’t ignore what our own intelligence agencies have determined – the most lethal terrorist threat to the homeland today is from white supremacist terrorism,” Biden added in the remarks.