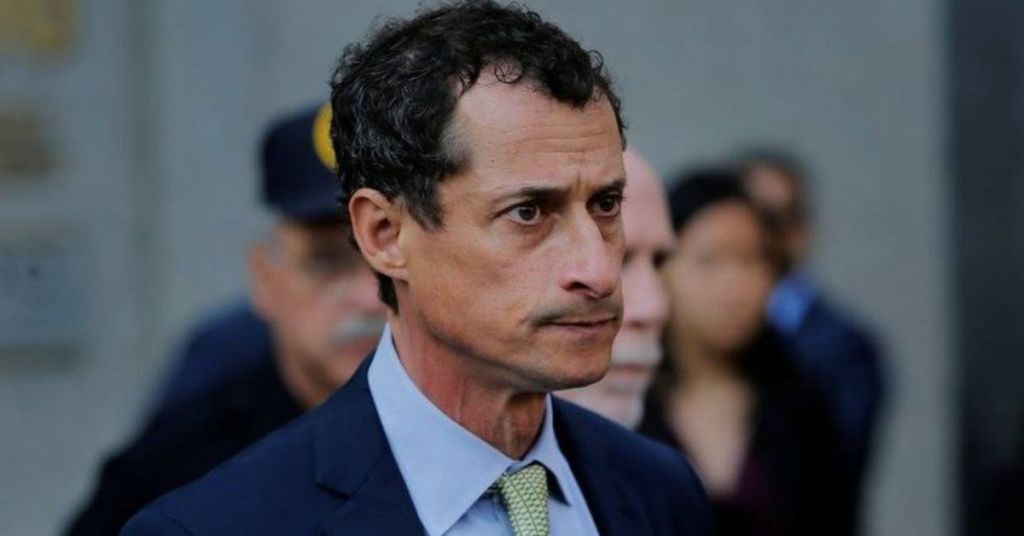 No Pun intended,but it seems that it is simply too hard for Weiner to stay off Twitter.

The disgraced ex-congressman-turned-convicted sex offender has gone back to the social media site that set the stage for his sex selfie-fueled downfall over a decade ago.

The 57-year-old tweeted on Wednesday for the first time in nine years, requesting tips on making a social media comeback from followers — who solidly agreed that he needs to simply stay away.

“Advice for returning to Twitter,” Weiner tweeted, along with the social media sites’ survey button feature.

The survey choices added: “Update your bio then run,” “Act like nothing happened” and “Just don’t.”

Though the competition was stiff, “Just don’t” was the clear winner, increasing to the top of the poll as the choice of 62% of respondents.

People further gave the deflated congressman a hard time in the comment section under the post, with some offering sage words of wisdom like, “keep your DM’s off. Permanently.”

Others were quick to remind Weiner — who quit from Congress in June 2011 after sending a lewd picture of himself to a young woman — of his social media-challenged past.

Users burned him with comments like, “Lolita Express much?” and “Is this how pedophiles talk to each other?”

Despite the backlash, Weiner states he’ll stick it out on social media to advance his podcast and radio show.

“I am shocked to learn that there is snark on Twitter!” he quipped to Fox News Digital in an email, before admitting he’s conflicted regarding the comeback.

“Social media is not a comfortable place for me and I am deeply ambivalent about its place in my life and the role it has had on society,” announced Weiner, who hosts “The Middle with Anthony Weiner” on 77 WABC. “But if you want people to know about a radio show you are doing, it is helpful.”

Weiner was sentenced to almost two years in jail in September 2017 for sexting with a 15-year-old girl from North Carolina — the last straw for his long-suffering wife, Huma Abedin, former vice chair Hillary Clinton’s presidential campaign.

Weiner sent the teen “adult pornography” and repeatedly convinced her to strip naked and fondle herself while he watched through Skype and Snapchat in February and March 2016, federal authorities announced.

The incident came after Weiner sent a crotch shot to a woman while lying next to his young son, and the photo was made public in August 2016.

He had beforehand admitted to sexting at least three women in 2013 after he resigned from Congress.