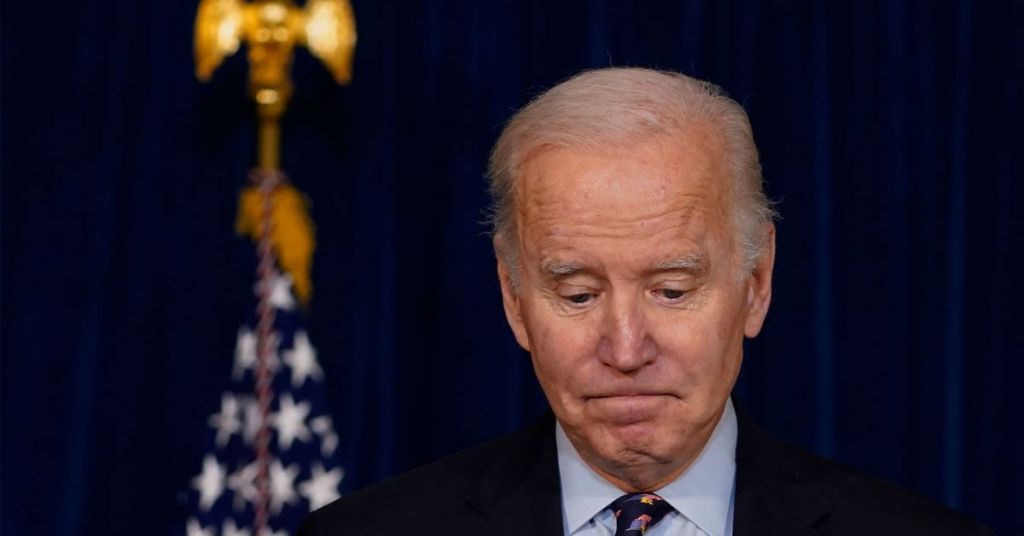 Adding to the argument that his cognitive abilities are diminished, Joe Biden could not even keep his 'cheat sheet' from the view of the camera as he held it backwars, letting the photographers have a clear view of the 'basic' instructions his staff has to give him. The only thing missing is how to walk.

The President mistakenly revealed to photographers the list of instructions that stated among other things, "take YOUR seat," "YOU give brief comments," and "YOU depart." Dr. Marc Seigel from Fox News was on Tucker Carslon and reveals why these are probably neessary based on a brain surgery Biden had. Carlson for his part said this explains why Biden refuses to take a cognitive test.

On the notes, the 79-year-old was further instructed to talk to specific attendees, ask them questions and thank them before leaving.

It is not the first time Biden seems to have been caught using a cheat sheet after he was spotted with ready-made solutions for the media throughout a talk on Ukraine earlier this year.

Thursday's mess-up was the latest in a series of gaffes that have included him losing his balance and falling over in public as well as stating what he should not.

They have ignited significant concerns for the President's welfare and mental capacity as he approaches 80 despite the White House shooting down questions over his health.

Throughout the meeting with wind-industry executives in the Roosevelt Room at the White House, Biden flashed the eight-point plan for how to conduct himself to photographers.

Instead of referring to "The President" by name, whoever typed up the note had clearly intended it to be for presidential eyes only and instead referred to Biden as "YOU," in bold, upper case lettering.

The detailed instructions were titled "Offshore Wind Drop-By Sequence of Events" and directed Biden to "enter the Roosevelt Room and say hello to participants."

The strip of paper directed him to sit down: "YOU take YOUR seat," it instructed. The note then directed the president to speak once the reporters had been brought into the room: "YOU give brief comments (2 minutes)."

After the reporters departed, Biden was directed to speak to some of those present at the meeting. "YOU ask Liz Shuler, President, AFL-CIO, a question" and then "YOU thank participants" and "YOU depart."

The meeting went down without further incident though afterward eagle-eyed photographers fast realized what the President had revealed.

Biden has proceeded to use such notes during his presidency and they are sometimes handed to him during very public moments.

Last July, an aide handed him a note declaring: "Sir, there is something on your chin." It alerted the President that there had been something on his face for about the first 10 minutes of his virtual meeting.

He had a yellow dot below his mouth, though he carried on talking. He was then handed a note, reminding him to wipe his chin and look at his hand.

Biden again held the note so that it was available for all reporters and photographers to read. The note was visible just because Biden used the same notecard to scribble notes throughout the meeting.